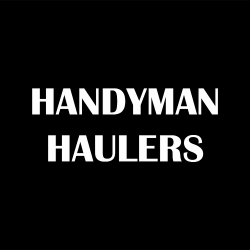 Moving services including: Residential movers, commercial movers, piano movers, safe movers and hauling services. Serving all of Missouri - based out of Columbia. Over 25 years of experience. Licensed & Insured.

Handyman Haulers Moving Service has a 4.1 Star Rating from 20 reviewers.

Positive: Responsiveness
These guys are great. Both the crew and the owner. They responded almost immediately after i contacted them online and they got me scheduled on very short notice once they had another moved cancel. Very thorough and professional. Use them and you wont be disappointed.

HIGHLY RECOMMEND! I could not believe the service this local company gave moving my elderly parent’s belongings from another town to Columbia! A++++! And also dropped off some pieces of furniture at another location in Columbia from this move. You cannot beat the professionalism, the courtesy or the price.

Owner is honest ,knowledgeable and professional. Would work with again.

I needed assistance with a heavy item. I called & thought everything seemed reasonable. As days went by, there was no confirmation as to whether they were going to do the job. Over a weeks time I made numerous calls & talked to the owner. That's when the game of passing the buck started. The owner would not commit, stating that the decision was up to the foreman, then it was the safety director. This went on for several days, each time telling me to be sure to call back. It was a easte of time & effort on my part! If I were the owner of a bus, I know that I would have full control over my company & the people who worked for me would work at my direction & discretion! Obviously this is not the case with this company.

We started off our move well and everything seemed like it was going to be great. We had a large move and knew that not everything was going to get done that day but had reserved the 3 men for help and the truck for the full day. Our plan per the owner was to get started with furniture as the most important and then would come back to do what boxes we could in a second load If time allowed which we were told would be aiming for 5:00 but if it ran a little later than that unloading his guys would be ok with it. It was a hot day and at around 2:15 they told us that they were done for the day being they were hot and tired and wanted to be paid. Upon asking and really pushing to get a few more things moved we were able to get a few boxes and items moved but that was a struggle as you could tell they did not want to. We ended up moving the rest ourselves because all other companies were booked out for weeks. This was very stressful and not what we had planned on so was very disappointing and put us in a big time crunch.
We also had what was considered a “large item” that was an additional $250 charge. We were told this upfront and were fine with it. The item was a treadmill and they did take it apart and move it. We later realized it was moved and set in parts in the basement. The screws were at the first house and we weren’t told that it wasn’t put together so we paid extra and now still have to put it back together ourselves. Lastly they ripped up my stair treads by pulling the carpet off without asking and throwing them down the stairs into a pile in the corner before moving anything upstairs. They didn’t attempt to put them back or anything and now there is glue and adhesive all over my wooden stairs and a pile of carpet treads in the corner.