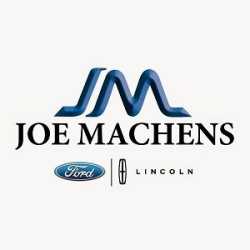 What is the phone number for Machens Body & Paint Center?

What is the internet address for Machens Body & Paint Center?

The website (URL) for Machens Body & Paint Center is: https://www.joemachensautobody.com/?utm_source=googlemybusiness&utm_medium=organic

Machens Body & Paint Center has a 4.4 Star Rating from 47 reviewers.

They were awesome! Finished the job 2 days ahead of scheduled! They worked with my insurance company and got everything handled for me. All I had to do was drop off the vehicle and pick it up. Could not ask for a better experience. Best Body Shop in Town!

After getting in an accident my car was taken here because it could be repaired “quickly and efficiently”. What was supposed to be a two week project ended up being almost two months, with the staff continuously telling us “by the end of next week” every week to the point we did not believe them until we would be told the car was ready.
After the delayed service we went to pick up my car and noticed there was a slight shake to it that was not there before my car accident, so we turned around to have them look at it. They told up they only aligned the back tires where the car was hit and did not do the front tires, saying that must be a separate issue and “could not have occurred from the accident” though I was up to date on inspection. We took my car in elsewhere for a second opinion, who said the front wheel alignment was most likely impacted from the accident as well.
Paint was left on my back headlight from repairs, as well as large gaps in the metal framework.
Overall an incredibly disappointing experience, and would not recommend to anyone.

Machens body & paint came through for me after I was rear ended. They got me right in for an estimate, ordered what they needed, and less than a week later they had me all fixed up like it never happened. They communicated directly with insurance and my rental car company, and kept me posted along the way. At pickup they had my SUV detailed, including my floor mats! The work performed was great, but their professionalism and customer service were even greater! Thank you Machens.