The Law Office of Kline & Young 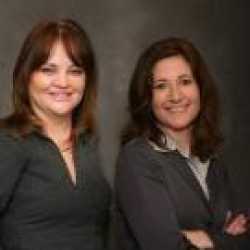 You dont have to choose between affordable service and quality representation when turning to The Law Office of Lorri Kline in Columbia, MO, because they provide both. Serving clients throughout mid-Missouri, the attorneys at this law firm always practice with honesty, integrity, and empathy. Attorney Lorri Kline has extensive experience representing clients in a variety of practice areas. At The Law Office of Lorri Kline, they focus on criminal law, family law, and personal injury law. They also provide mediation services for clients who prefer to take a non-adversarial approach to certain proceedings. Whether you need legal advice regarding adoption or you are facing DUI charges, an attorney from their firm will give you the personalized attention that you deserve in order to achieve the most favorable resolution possible. At The Law Office of Lorri Kline, they have the resources of a large firm, but they give every client the care and consideration that you would find with a small firm. With decades of experience, they understand the nuances of their practice areas, and provide sound legal advice for clients facing even the most challenging situations. Their team will devise strategic solutions for your particular situation to ensure you receive a satisfactory outcome. If you are facing criminal charges or other legal issues in Columbia, MO, turn to The Law Office of Lorri Kline. Visit their website to learn more about their areas of practice, and call (573) 442-1646 to schedule an initial consultation with an experienced lawyer today.

What is the phone number for The Law Office of Kline & Young?

Where is The Law Office of Kline & Young located?

What is the internet address for The Law Office of Kline & Young?

The website (URL) for The Law Office of Kline & Young is: http://www.midmotrialattorneys.com

How big is The Law Office of Kline & Young?

What days are The Law Office of Kline & Young open?

How is The Law Office of Kline & Young rated?

The Law Office of Kline & Young has a 4.4 Star Rating from 7 reviewers.

Great, attorneys. The attorney's work hard for their clients.

Have tried for almost a month to get in to see Kline. Had the wrong appointment time down twice (supposedly) even though I had called to confirm each time. The first time I went in (due to I had the wrong time), the older lady that came to help out with my appointment, was very hateful and nasty to me. Then when my husband showed up, she was very nice and sweet to him. Now, after almost 3 weeks, the day before the rescheduled appointment I was told (less than 24 hours before my appointment) due to a conflict that Kline would not see me. I also was told the wrong appointment time again. The lady on the phone was rude and hung up on me while I was trying to figure out why I had been getting the run around for almost a month when I could have gotten in to see a different lawyer.

Best lawyer in columbia by far

If you are looking for a lawyer that will put your best interest first, then look no further. Lori Kline is amazing! I went to her for a divorce lawyer. I told her what I was dealing with and she reassured me that things would be ok. Her staff is outstanding. Kimberly is extremely nice and very pleasant to talk with on the phone. I could go on and on how wonderful they are, but the only way you're going to find out is if you need a great lawyer with an awesome team and you choose Clay, Kline, & Young, LLC. They are professional. They are friendly. They are caring. They are your best legal team in Mid Missouri.
Thank you Lori for your support and expertise. Thank you to your office staff-all of you are amazing. I truly appreciate your hard work and friendship. Love your style.