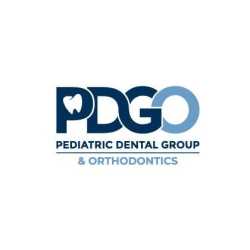 We provide pediatric dentistry and orthodontics for children and adolescents in a "child-friendly" environment. At Pediatric Dental Group & Orthodontics, we focus on preventative care to help each child grow a healthy smile that will last a lifetime. Our great team of doctors include pediatric dentists, family dentists as well as orthodontists to serve infants, children, teens and children with special health care needs in Southaven, MS.

What is the phone number for Pediatric Dental Group & Orthodontics?

What is the internet address for Pediatric Dental Group & Orthodontics?

The website (URL) for Pediatric Dental Group & Orthodontics is: https://pdgosmiles.com/southaven-office/

Pediatric Dental Group & Orthodontics has a 4.5 Star Rating from 8 reviewers.

The staff is very nice and patient. Highly recommend.! They are gentle and actually care about your health.

I scheduled an appointment with PDG Southaven after previously using the Olive Branch location (we moved since the first and only visit). When I scheduled the appointment, I made sure they knew we would be continuing with the Southaven office and asked if I needed to do anything as far as getting records, and updating our address (however, we are cash paying, and had only been to one visit with OB and it was over a year ago). I also made sure how long the visit would take as we needed to schedule another appointment close by for after this was completed.
Once we arrived, we were not acknowledged, even though the office staff did not appear to be busy (I have previously worked in a dental office, it takes 2 seconds to say hello, even if you are in the middle of something). I eventually heard the staff talking about getting records for my child (at least 15 minutes after arriving), then they told me there was an issue and it was taking longer than expected...at this point, it's nearly 40 minutes later. I had to tell them (again) we are cash pay and I really don't care about the records, just start over, it was only one visit. They agreed, but then said they would have to see who was available to see my child. I again reminded them I had another appointment and they were very close to making me late for that (mind you it was scheduled for an hour and a half AFTER we were supposed to be seen at PDG).
This entire visit I felt like we had inconvenienced PDG and we were not a priority for them. Even when checking out I asked for a detailed receipt and they couldn't even provide that, it had to be mailed...after they contacted me to see if we had moved because they thought it odd I was visiting the Southaven office after going to Olive Branch. I will definitely not be back.