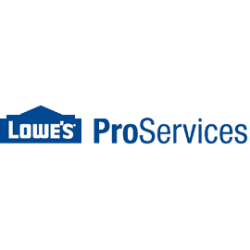 Where is Lowe's ProServices located?

How big is Lowe's ProServices?

How is Lowe's ProServices rated?

Lowe's ProServices has a 3.7 Star Rating from 3 reviewers.

Worse experience ever. I ordered a top load washer on the 4th of April. It was suppose to be delivered on the 12th. With no notification on the delivery I called on the 12th around 6 PM they said oh we’re sorry we’re backed up we didn’t deliver it. So I called on the 13th and they told me it was coming out that day and then they put my card on hold so I called the manager spoke to the manager had to call the main Lowe’s and then they unlock my account because I moved to a different area call the store manager again he said well it’s now to be delivered on the 19th so I asked if I come to the store in Southhaven Mississippi to pick it up he said yes it’s good to go just go up there tell them who you are and I will pull to the front I have been waiting at Lowe’s for almost 2 hours they ran my card so many times they pretty much gave me a zero balance and now I can’t get the washer Because of the balance on the card I am done I will never shop at Lowe’s again