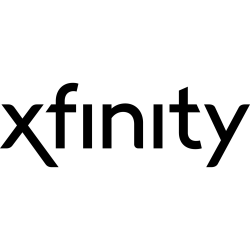 At your Woodbury, MN, 429 Commerce Drive, Xfinity Store, you can subscribe to Xfinity Services including Mobile, Digital Cable TV, High Speed Internet, Home Phone and Home Security. You can also make a payment or pick up and exchange equipment

What is the phone number for Xfinity Store by Comcast?

Where is Xfinity Store by Comcast located?

What is the internet address for Xfinity Store by Comcast?

The website (URL) for Xfinity Store by Comcast is: https://www.xfinity.com/local/mn/woodbury/429-commerce-drive.html?CMP=ORG:OTH:BAU:ALL:COM:GEN:INT5446cc3b393b1

How big is Xfinity Store by Comcast?

What days are Xfinity Store by Comcast open?

How is Xfinity Store by Comcast rated?

Xfinity Store by Comcast has a 3.5 Star Rating from 688 reviewers.

Terrible experience. The manager Anthony had mentioned that they would have given us three month credit as my elderly parents did not have functioning Wi-Fi and were not getting the channels they were paying for. Essentially what happened was they only refunded the cable boxes. We tried the phone number that was listed by google numerous times and there was no response and my parents were not able to get a hold of a human being. That said considering the situation with COVID in the United States the manager accused them of being at fault as they were not able to get into the store whereas they are considered in the vulnerable category.

They had used service since 2017 and xfinity had profited thousands from them. They took advantage of elderly people who were not able to have the means to simply contact by telephone and the manager tried to accuse me of lying about it. Their customer service is a shambles and my suggestion is that if you want to have adequate service to go somewhere where they listen to your concerns and finding solutions, We will be taking our services elsewhere after the month is finished due to their lack of candor and insensitivity towards the elderly.

You have to wait long even for small things like returning extra Flex box..

Impossible to just talk to an actual person for help