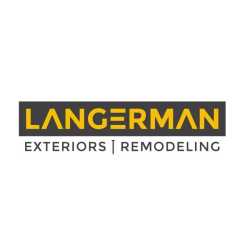 Located in Brooklyn Park, Minnesota, Langerman Exteriors & Remodeling is a full-service construction company specializing in exterior services, as well as roofing, deck, remodeling, and home repair services. For nearly 25 years, Langerman Exteriors & Remodeling has provided Twin Cities metro area homeowners with exceptional customer service, quality products, and superior workmanship. Whether its time to update and refresh the look of your home, or youre dealing with a recent storm, we work with you to provide a timely and professional outcome.At Langerman Exteriors & Remodeling, our goal is for every customer to take pride in the outward appearance of their home. To help deliver this pride, we provide exceptional exterior solutions for your home. We offer siding, window, gutter, and door maintenance and installation services. We also offer a variety of roofing services, including determining which roofing material is the best for your home, providing samples, and installation within a timely manner. Lastly, we also offer remodeling services. Our experienced staff can help homeowners refresh and update their homes, add garages or new living spaces, and finish or remodel lower levels. From bathrooms and kitchens to garages, room additions, and modifications for senior living we can do it all.As an experienced and dedicated business, the leading experts at Langerman Exteriors & Remodeling are committed to success. Providing a wide range of services for both residential and commercial customers, Langerman Exteriors & Remodeling handle everything from a new design build projects to insurance repairs and restoration jobs. Visit our website to learn more about us, and the services we provide.

What is the phone number for Langerman Exteriors Inc?

Where is Langerman Exteriors Inc located?

What is the internet address for Langerman Exteriors Inc?

The website (URL) for Langerman Exteriors Inc is: http://www.langermanexteriors.com/?y_source=1_MzQ5MzU5Ni01NDUtbG9jYXRpb24ud2Vic2l0ZQ%3D%3D

How big is Langerman Exteriors Inc?

How is Langerman Exteriors Inc rated?

Langerman Exteriors Inc has a 2.9 Star Rating from 12 reviewers.

I have not conducted business with this company but was behind one of their vehicles on my way home last night. After the Langerman's vehicle cut across four lanes on 694 in New Brighton to exit the highway--fine, whatever, people do it sometimes--I saw the driver's phone stuck to the the windshield, not displaying a map, but a video. As we approached the stop sign, I was able to get right behind him, and he was streaming a tv show right in the middle of his windshield. I was stunned.
Later, as we wound through a subdivision of New Brighton, I watched his vehicle swerve across the double-lined median, almost entirely into the other lane, as the driver ducked down to grab something the floor.
Now, to be fair, maybe the driver was slobbering drunk and so didn't realize how dangerous he was being. But assuming that's not the case, I would never want someone with this neglect for the safety and life of others to do work for me. If you have so little respect for the life and property of other on the road, I could never assume you'd care about my life, family, and property.
I found other reviews about the dangerous driving of this company's vehicles. If the owner is interested, I can supply the license plate number, date, time, and location that this occurred so that they can determine who it was and fire them. I hope this isn't the owner so he can get this straightened out and begin to regain some credibility.

Nothing but good things. This company replaced the bathroom floor in my apartment they were so professional and helpful throughout the process, I was so happy to have my bathroom back and like new before I knew it!

I must say i worked for Langerman Exteriors this summer and I always knew that people would get mad at us for being to noisy in the mornings but people have to understand we do our very best in our line of work, everyone takes tremendous pride in what they do here and if you want you roof or anything to be fixed I suggest to at least be grateful that were out there getting your stuff done as soon as possible because we also have other jobs to do throughout the day saying that its to noisy and calling us baboons is also obsurd, because we don't get paid to stand around we get paid to do our job no matter how early in the morning it may start we have lives and jobs just like the rest of you guys and I hope you understand where I are going with this. I think it's a great company with great employees who do great work on what they do. and I hope to do the same in the future as well.