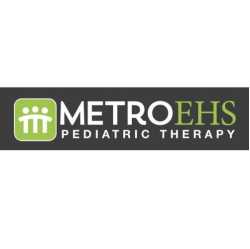 MetroEHS Pediatric Therapy Centers conveniently offer Pediatric Speech Therapy, Pediatric Occupational Therapy and ABA Therapy, so you can drive around less and be at home more. MetroEHS is also proud to partner and support organizations with on-site staffing needs. In addition to the Therapy Center, a variety of settings may be serviced, including clinics, schools, daycares, home-school cooperatives, center-based programs, and virtual therapy via our HIPAA compliant web-based platform.

What is the phone number for MetroEHS Pediatric Therapy – Speech, Occupational & ABA Centers?

What is the internet address for MetroEHS Pediatric Therapy – Speech, Occupational & ABA Centers?

Is there a key contact at MetroEHS Pediatric Therapy – Speech, Occupational & ABA Centers?

I cannot sing the praises of Metro EHS enough. In just ten months, my son has made immense progress. When we started our journey at Metro, my son had an extremely limited diet. It was a daily struggle. I spent so much time researching ways to sneak anything remotely nutritious into his food and my happiest moments were watching him inhale his cauliflower laced mac and cheese. I had to make sure the balance was just right so that he wouldn’t taste it, that the veggies or fruit were pureed enough so that he couldn’t notice the texture difference, and that the colors weren’t drastically different so that the color of the food changed. His preferred food items were pizza (cheese only and don’t even think about doing a cauliflower crust), bagels with cream cheese, yogurt, cheese, mac and cheese, and peanut butter sandwiches. Thinking back, his issues with food began early on. He loved the rice cereal and oat cereals, but I noticed if it wasn’t the perfect consistency, he would gag and regurgitate. I figured he was just particular. The further we ventured into pureed foods; it became apparent that he had issues with many. He would gag and vomit quite often and had a specific set of baby foods he would actually eat. This continued through the transition to solid foods until his palette was set in stone.
Dakota at Metro EHS was very thorough in explaining the feeding therapy program she would be implementing to me. We discussed my concerns and although I was nervous for him to embark on a program that would initially frustrate him, I knew something had to give because he could not go through life like this. Big changes aren’t always easy, they take work. Dakota and her team have been dedicated to helping my son with his eating challenges. She took the time to teach me what to do with him at home so that the system was consistent. She worked with me throughout challenges and gave me advice as to what I should try with him. In ten short months, our success has been incredible. My main goal was that he would at the very least TRY things to see if he likes them. He hasn’t regurgitated food in eight months. I could provide a laundry list of the food items that he will eat now, including but not limited to: hamburgers, green beans, spaghetti and meatballs, tacos, chicken, rice, tomatoes, apples, strawberries, blueberries, carrots, grapes, meatloaf, fish, and the list goes on and on. He now tells me he WANTS to eat fruit as a snack. I often look at him in shock while he’s eating and can’t believe the transformation.
I never thought I would be emotional watching my four-year-old eat, but that’s the journey we are on and I do. Every time he eats something new, I’m so proud. I credit Dakota and the techs (Ayana has been amazing since day one) who work with him every day for the insane progress he has made in such a short amount of time. I’m so incredibly grateful to them, I could sing their praises for days. My son eats thanks to them. He has a balanced, nutritional diet thanks to them. He tries new foods thanks to them and the work they have put into helping him and helping me to do the same. I am forever grateful.

A wonderful company & location to work! It has such fun toys and activities for children, and everyone is so friendly!