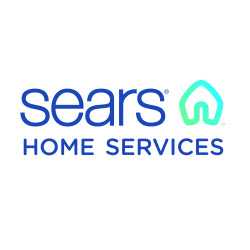 Since 1956, Sears Home Services has been fixing appliances - 850,000+ 5-Star Reviews nationwide. We have local repair techs to fix your appliance, no matter where you bought it. Same day/next day appointments may be available. Simply call or click to book your appointment. We repair water heaters, washers, dryers, refrigerators, freezers, dishwashers, ranges, ovens, and cooktops - major brands, makes and models including Kenmore, GE, Samsung, Amana, Frigidaire, Maytag, KitchenAid and LG. We'll diagnose, explain the issue, estimate the total repair costs and repair the appliance. You can rest assured, knowing the repairs are covered by a 90-day satisfaction guarantee.

What is the phone number for Sears Appliance Repair?

What is the internet address for Sears Appliance Repair?

The website (URL) for Sears Appliance Repair is: https://www.searshomeservices.com/locations/appliance-repair/mi-howell/4193-e-grand-river-ave

How big is Sears Appliance Repair?

How is Sears Appliance Repair rated?

Sears Appliance Repair has a 3.2 Star Rating from 13 reviewers.

They never showed up! Received a text saying service was canceled then another one saying the technician was on the why ,so an hour after I received a text saying they were on the way I called and I was told it was canceled because the technician couldn't get ahold of me which I missed the call by Two minutes tried calling back just to get his voice mail and not to mention they had my street wrong, guess that's what happens when you call India .

Always prompt and always fix the problem. The repairman is a good guy. He has fixed our lawn mower a few times under warranty.

As always Steve was great ! The scheduling side is a whole different animal....