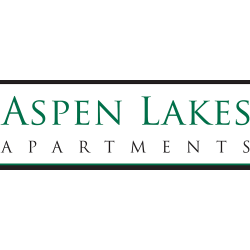 Welcome to Aspen Lakes, a community offering beautiful one, two, and three bedroom apartments. Aspen Lakes is conveniently located just minutes from downtown Grand Rapids, and less than two miles from Knapps Corner and I-196.

What is the phone number for Aspen Lakes?

Where is Aspen Lakes located?

What is the internet address for Aspen Lakes?

How big is Aspen Lakes?

What days are Aspen Lakes open?

How is Aspen Lakes rated?

Aspen Lakes has a 2.9 Star Rating from 38 reviewers.

I applied at the end of April/ early May for a place available in July never heard anything until I called them Then they had an opening in August so I asked about that. Towards the middle of June I get a few calls saying they need bank statement/ proof of employment, no problem- but then they add by the end of the day. Iemail them my employers email, they told me they tried to email but it came back to them. Of course, I was never informed of this because of I had I world have tried to again. I have never applied to a place that conducts the minimal amount of communication possible. After this I definitelydo not want to live here. The application process alone was enough to tell me it's not worth it.

The buildings were absolutely horrible, the fire department showed up every other week because the drier was messed up. Maintenance never fixed anything, including an emergency window that would not open (which is ILLEGAL!)

Don’t do it!!!! They say they will give you your $200 back if you get denied but they won’t they will keep it they lie don’t trust them. Don’t be me and lose money to scammers like them!!!

Maintenance has been so nice, helpful, and on top of things. The office also followed up with me after needing repairs and has been helpful as well! Very impressed!

The office and maintenance staff are superior. We've lived in Apen Lakes 2 for over 2 years and have never had any issues that weren't resolved in a very short period of time. My only concern is that the new apartments are not well marked, and emergency vehicles have difficulty finding the apartments that are not facing the street. The streets are very well lit, but the apartment numbers are not easily seen, especially those not facing the street. I will say that I have been told they will do something to correct this with directional signs etc. and I believe they will.
I would highly recommend Aspen Lakes 2!