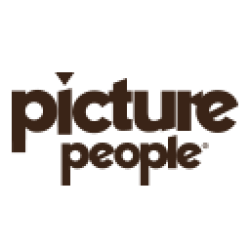 At Picture People we understand the timeless power of portraiture. We also recognize and value the unique emotional connections within a family that give portraits meaning. Let us capture your important moments and connections in high-quality portraits. Conveniently ready the same day, and priced reasonably too!What makes the portrait experience at Picture People so special?-Trained Photographers:We train our photographers on portraiture and infant and childhood development. We hire many senior-level photographers with specialized training as well. Our photographers go above and beyond to capture the unique personalities of your family through natural, candid expressions.-Same Day Services:We are the only portrait company to offer on-site printing, framing, retouching, and digital images, the same day as your session.-Lighting System:Our patented lighting system and equipment simulate sunlight during the golden hour. This system delivers a single catchlight in the subjects eyes, to mimic sunlight and give our portraits that inexplicable natural look.We are truly honored to capture the significant moments in your life and help tell your familys story for future generations.

What is the phone number for Picture People?

Where is Picture People located?

What is the internet address for Picture People?

How is Picture People rated?

Picture People has a 2.9 Star Rating from 14 reviewers.

Update online info...says open when you are actually closed. Drove all the way there for nothing.

Me and my wife took the kids here so we could get a family portrait for the holidays and they do great work and I would highly recommend them there just a little expensive but if you can get pass that go for it.

Terrible experience!!! Paid $150 to go into a small dirty room with 2 back drops.about 30 pictures were taken of my newborn. After the shoot we waited while the photos were “edited” (one picture has text added on to it for a birth announcement-huge block letters that looked odd over the picture, and then another were my daughter was photoshopped to look like she was laying on a giraffes neck. Totally bizarre.) then I was asked for payment and given a CD with images... I got home to find 20 blurry and out of focus images.... some pictures were missing as well. I called to complain and I was told I could have the pictures retaken if I drove the hour back to south portland, I told the woman that I wanted to speak to my husband first to see if he even wanted to try again with them... she hung up on me. My husband called later in the day and left a message. We never heard back I have contacted corporate but have STILL not heard back. Spend a little more and hire a local professional photographer, I missed out on newborn pictures because of this and I will never get that back.