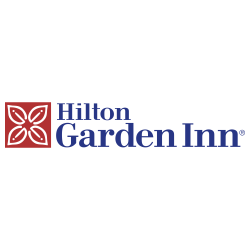 What is the phone number for Hilton Garden Inn Bangor?

What is the internet address for Hilton Garden Inn Bangor?

The website (URL) for Hilton Garden Inn Bangor is: https://www.hilton.com/en/hotels/bgrbagi-hilton-garden-inn-bangor/?SEO_id=YEXTN-GI-BGRBAGI&y_source=1_MjA4MzMwNC01NDUtbG9jYXRpb24ud2Vic2l0ZQ%3D%3D

Hilton Garden Inn Bangor has a 4.5 Star Rating from 680 reviewers.

The manager Casee at the hotel is extremely rude. I arrived there on a Tuesday and left on a Thursday. The hotel from what I could tell, was not busy at all (likely due to COVID), and the weather was cold & rainy. I am a registered nurse and was there for essential travel. Since my mom is a Gold Member, I asked for a complimentary upgrade to a deluxe room. The hotel pool and hot tub was closed and I wanted to use the jacuzzi tub in the room. Casee was extremely rude and condescending towards me. He told me government employees arent entitled to complimentary upgrades (which I verified with corporate is NOT correct), and I responded that policy would be discriminatory. Why would government employees and military members not be entitled to complimentary room upgrades because of their status? He rudely responded to me, "You're just a nurse, you're an essential worker, you're not a government employee." At this point I was extremely offended and showed him my government travel orders again (I originally showed them at check in). I asked to speak with his supervisor, and he responded that I am wasting my time, and his boss will "tell me to deal with it because its such a low level issue, nothing's going to change." I asked him for his supervisors contact information including his email and phone number which he refused to provide. I asked Casee how soon I should expect to hear from his supervisor and he responded that I probably wont hear back at all. On that note, I never got to speak with his Supervisor before I checked out. Every policy that Casee quoted, including "house rules" that they dont upgrade to Deluxe Suites, was in direct contradiction to Hiltons policy which states members are entitled to complimentary upgrades at the time of check in based on availability. I asked Casee to provide documentation of his hotel policies and he did not provide any reference material.
Like I said before, I arrived there on a Tuesday and left on a Thursday. The weather was cold/rainy and the hotel was practically empty. I am an RN on essential travel, and after exhausting myself the last few months, all I wanted to do was use the jacuzzi since their hot tub was closed. Did I really have to be treated so rudely? Is this the way you treat loyal Hilton customers with a practically empty hotel? Is this a good example of how you treat nurses during a pandemic?
I have stayed at this hotel many times over the years, but never again due to how disrespectfully I was treated. I also never received any sort of apology for the offensive way I was treated.

If you like nice hot showers, do not come to this hotel. They severely restricted the flow of the shower head. Bathtub faucet has a ton of pressure, but the multi setting shower head doesn't have enough pressure to even function correctly, let alone wash the shampoo out of your hair.

Checked into an adjoining room with our traveling companions via the Hilton app. When we got to the hotel, the room was changed. We also originally booked a king room, but ended up with two queens. Staff was cordial, but very disappointed with this stay. I expect more from Hilton.

Old Fashion hotel! Very date!
Room 119 have big air conditioner unit front of your windows, very noisy, impossible to sleep!
I ask to change room, I got new room with few issue: room 522 have problem with shower, air conditioner in room very date and noisy, windows is locked, not possible to open!!!
Room not ventilate! Very bad at Covid19 time!!!
Stay away from this hotel!!!
Not recommend!!!

Worst hotel ever got thrown out in a few minutes of being there. False accusations and can't get my money back. Wouldn't recommend to anyone wish I could give 0 stars