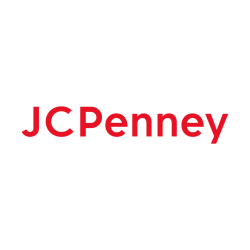 JCPenney is one of the nation’s largest apparel and home furnishing retailers. Since 1902, we’ve been dedicated to providing our customers with unparalleled style, quality and value. Visit our JCPenney Department Store in Bangor, ME and discover a wide assortment of national, private and exclusive brands to fit all shapes, sizes, colors and wallets.

What is the phone number for JCPenney?

Where is JCPenney located?

What is the internet address for JCPenney?

How big is JCPenney?

What days are JCPenney open?

How is JCPenney rated?

JCPenney has a 4.1 Star Rating from 701 reviewers.

While shopping at the Bangor Maine location I was publicly humiliated and harassed by an associate. Tall older woman with short gray hair. She pointed at me raising her voice demanding that I stand on the other side of the “ round” check out desk stating that other ppl where ahead of me as if I were cutting in line. I was not. She didn’t see that I had been standing there behind those same ppl while that line was 12 ppl deep. I was last in line. I stepped around a rack of cloths looking while waiting. Meanwhile the two registers quickly checked out most the guests. During this time another guest walked up to the opposite side of the checkout station where the line wasn’t before. I saw the ladies that I was behind were being tended to at the register where the long line had been in front of. No one had stepped into line so I was still next. I stepped right behind them again. Mind you there are two registers open on two opposite sides of the checkout circle. Each checking out a guest, meaning two guest deep per register. Not unusual. I hadn’t cut in line. I wasn’t being waited on. Neither was the other guest. Singling me out she walked toward me waving her had pointing demanded several times that I move behind the other guest on the other side. I did. The very next moment the woman at the then open register waved me over and said I’m open I can take you now. Both myself and the other guest were waited on at the same exact times! That horrible woman stood by, mad, angrily hanging cloths on racks, talking about me loud enough for other workers to hear about how I was in the wrong. I don’t understand what her problem was. No one was cutting in line since there really was none! Also we were all adults and can figure these simple things out for ourselves. I should have just left the items and walked out. Apparently this is something she does regularly and it’s accepted! Rude rude rude!! Don’t shop here I won’t anymore. All online for my family!