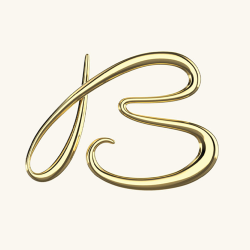 We’re in the process of changing our name! You'll see Banter by Piercing Pagoda online but you may still see Piercing Pagoda at your local mall - just know you're in the right place! New name, fresh look, same quality jewelry. At Banter we believe that jewelry and piercings are the ultimate form of self-expression. Everything we do is real: from our 10K & 14K gold, and sterling silver jewelry to our ethically sourced stones. Whether you’re a trendsetter or an understated classic, you’re sure to find the quality chains, rings, bracelets and more to showcase what makes you, well, you. Come see us in Bangor today - let's shop!

What is the phone number for Piercing Pagoda?

Where is Piercing Pagoda located?

What is the internet address for Piercing Pagoda?

How big is Piercing Pagoda?

What days are Piercing Pagoda open?

How is Piercing Pagoda rated?

Piercing Pagoda has a 4.3 Star Rating from 22 reviewers.

Had my piercing in for three months and it was badly infected the whole time hurts like crazy and they gave me a huge piercing saying that it was gonna swell up when it never did got it caught on everything because of the huge piercing.

Absolutely love going there. Did most of my Christmas shopping there. I almost always end up working with Zoey. She has never made me feel bad for being indecisive for an hour. Everyone I've talked to has been super helpful and understanding. I always leave happy with my purchase. Wonderful products for any occasion. Will definitely be returning for years to come.

I don’t really know where to begin. I went in to look for a gold chain for my gf for our year anniversary. When I approached the kiosk, there was a pack of cigarettes and lighter on the counter. I brought it to the attention of the girl at the counter and she stomped over with a loud “ugh”, rolled her eyes, and then said if I “didn’t like it I didn’t need to shop there”. WHAT!? I was so taken back by this. I didn’t do anything but bring her attention to it because it was extremely unprofessional to have a pack of cigarettes and a lighter just hanging out on the counter. I thought I was doing her a favor because there are other customers that WOULD HAVE caused a commotion over it. After that response I refused to purchase my anniversary gift from them. I’ve been going to that same kiosk for YEARS and never in all that time have I been talked to so disrespectfully. Your guys standards have lowered significantly between my visit this past week and my visits last year. What happened to you guys!? P.S. the whole place smelled like an ashtray.