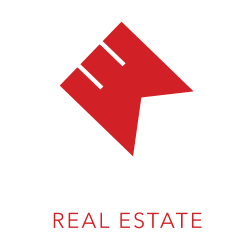 Ethel Kidd Real Estate is a full service Real Estate Agency located in the French Quarter that specializes in New Orleans' Historic District's properties. 45+ years as a family owned business, so we understand what it means to find a property that fits you.

What is the phone number for Ethel Kidd Real Estate?

What is the internet address for Ethel Kidd Real Estate?

The website (URL) for Ethel Kidd Real Estate is: https://ethelkidd.com/

Ethel Kidd Real Estate has a 4.2 Star Rating from 5 reviewers.

I tried really hard to work with Ethel Kidd in the year and a half that I rented from them, but the experience was a nightmare from the start. My boyfriend and I signed our lease in December 2019 with a February move in date, meaning they had 2 months to make sure everything at our place was in order and ready to go. When we moved in we quickly realized we have no power. The electricity was turned on within a few days, but the gas did not. We were unable to cook meals in our kitchen or take hot showers. This lasted for THREE weeks, so we began contacting Entergy and that was the only reason it got resolved. While we were working with Entergy, Dawn (the owner) called me and told me to stop because i was "confusing the process". Turns out it was, unsurprisingly, a very simple mistake on Ethel Kidd's side. We had to cook all of our meals on a camping stove in the kitchen, buy multiple space heaters, and shower at the gym when we could for THREE WEEKS. Dawn told us that we would not have to pay rent for the days we didn't have gas. I thanked her and politely asked her if we could have something in writing saying so. She immediately got defensive and refused to provide anything. I tried contacting her repeatedly and she essentially ghosted me until I told her I would be contacting a lawyer - so she finally did send something.
Another tenant in the building had a similar experience - no hot water, Dawn told them they wouldn't have to pay rent for those days, but they didn't get anything in writing and she ended up charging them full rent. She also still hasn't fixed their ceiling in their bathroom that was been leaking for over a year now.
Overall, the building our unit was in was also poorly maintained. The lock on the door to our side of the the building didn't work and was never locked, there were no locks on any of the mailboxes, and it was always very dirty in common areas. I requested to have the lock on our mailbox fixed because I worked for myself at the time and was receiving sensitive client mail; I was told they didn't have time and to figure it out myself. There was one washer and dryer for the whole building and the washer never worked - despite multiple tenants complaining about it, Dawn never sent anyone to fix it.
Dawn is clearly in over her head, doesn't know how to run a business, and is generally just pretty shady in the way she conducts herself. Overall, everyone I have spoken to at their office is unprofessional, unorganized, and rude. Maintenance requests take weeks, sometimes months, to fix, you have to follow up many times to even get a response, and you are treated as an inconvenience.
If you have to rent with Ethel Kidd, just be very cautious. Make sure to DOCUMENT EVERYTHING IN WRITING, and don't expect timely service if even a major maintenance issue arises.

I have been renting from Ethel Kidd for more than 6 years and I can’t be more than happy with them, they are always on top of things needed to be done, and they are compassionate and caring for all their renters . They are the best and very helpful in any thing I needed. Thank you Ethel Kidd you rock.

I have rented from Ethel Kidd Real Estate for 8 years total at 2 different properties with no complaints.

You wrote a review for Ethel Kidd Real Estate
15 minutes ago
5.0 star rating
4/21/2021
Dawn Leslie, owner of Ethel Kidd Real Estate, was wonderful. She has a great way with making things work out between seller/buyer, with everyone walking away happy. In times of COVID Our home sold quickly at full price, which by the way two other realtors in the area priced our home MUCH lower....not appreciating the value of the home and not knowing how to "sell it". We are very thankful , it takes a special person to get the deal done and to appreciate a historical home's value. I would recommend this long time, family owned business for their honesty and professionalism , especially in NOLA's real estate market.