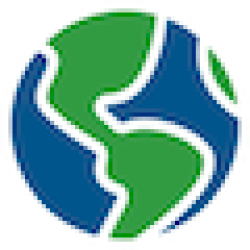 About Rick Altig Jr & Ilija OrlovicIlija OrlovicI knew from day one that this opportunity was exactly what I was looking for, and that I could be a success in this business, says Ilija Orlovic, SGA Partner in the Altig-Orlovic Agency.Formerly a retail manager, Ilija has had tremendous success since joining American Income Life in May 1996. After only seven months with AIL, he was appointed Master General Agent in January 1997. Two years later, Ilija was promoted to Regional General Agent.In 2003, Ilija made the move to the United States as a State General Agent partner with Rick Altig.The opportunity to grow my own organization as big as I could imagine and to train new leaders in the business enticed me to join AIL, says Ilija. Training new leaders in the organization and watching them develop into top leaders at AIL has been the most rewarding part of his job.What advice does Ilija give to others thinking about joining American Income Life? It is the best opportunity in North America. No other company does what AIL does for Agents in terms of compensation and support. Also, no other company in North America does what American Income Life does in terms of protecting families. Everyone needs our product. There is no person who is exempt from the need for the products we provide. We are there to provide protection and hope to families when they need it most. AIL is Opportunity Unlimited in every sense and will allow you to build the business youve always dreamed of.When not working, Ilija enjoys spending quality time with his family, traveling, and watching his children compete in sports. He also believes in giving back and contributes a substantial amount of his income to charitable organizations.Rick AltigRick Altig, State General Agent, joined American Income Life Insurance Company when he was only 21 years old. He had graduated from Oregon State University with a degree in political science and needed to earn money before attending law school. His dads agency represented American Income Life, and he suggested Rick join the team.Recalls Rick, I started as an Agent and became a General Agent while becoming one of the top Public Relations people in AIL. I earned a promotion to Master General Agent and then another to State General Agent when I was only 23 years old. I opened the first Canadian office in American Income Life, and I was the first SGA whose agency produced 25 million dollars in one year. Rick has shared his talent with AIL for 29 years.Like many associated with American Income Life, Rick finds, the most rewarding part of working with AIL is helping in the personal and professional development of others. The experience you gain at AIL is something unique and can be used in all aspects of your career and life. Its not get rich quick; its get rich for sure. If I knew from the beginning that it would pay this well, I would have worked even harder.When did Rick know for certain that law school would have to wait? I sold a program to a young 21-year-old couple, recalls Rick. A week later I got a call from the wife letting me know her husband had passed away. She was calling to collect on his $1,000 policy. But after checking the paperwork, I was able to inform her that he didnt have a $1,000 policy; he had a $100,000 policy. Thats when I knew this career was first and foremost about helping working families.Rick is a family man, both at home and on the job. He says, I love to spend time with my wife and four children, as well as my professional Altig family. Im always trying to do more for others than what I would have them do for me.That attitude carries over to Ricks charitable endeavors. He says, Yes, giving is the best part of life, and we give a major part of our income to community based organizations that help those in need.Its been an amazing and enriching 29 years for Rick and American Income Life.California License Numbers: Altig: #0D94043; Orlovic: #0D93478

What is the phone number for American Income Life: AO?

What is the internet address for American Income Life: AO?

The website (URL) for American Income Life: AO is: https://agency.ailife.com/united-states/iowa/urbandale/ao

American Income Life: AO has a 4.8 Star Rating from 234 reviewers.

Kristina Barr was incredibly helpful in explaining my life insurance options and took time to answer all of my questions. Very professional and super friendly! I highly recommend this agency!

Extremely unprofessional. Had a 11am appointment Walked out at 1140 and still hadn't talked to anyone.

Mark Green was great, helped us with everything we needed. Great job

Bailey Vonnahme and Marina Ralls stopped by my place today. Marina has been very patient working around my schedule with the holidays and we were finally able to meet today. They were very friendly, professional and knowledgeable. It was a positive experience.