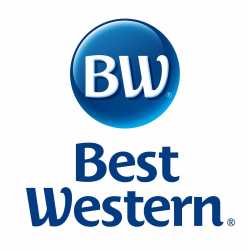 Located in Valparaiso,IN, the Best Western University Inn At Valparaiso is sure to provide a peaceful and comforting home away from home for any traveler. Each Best Western hotel provides free internet access, giving guests the opportunity to check emails and surf the web, all from the comforts of their room or the business center. With cleanliness and value being our top priority, we ensure a restful and productive stay. On top of that, our superior customer service will ensure that we meet all your needs and go beyond your expectations.

What is the phone number for Best Western University Inn At Valparaiso?

Where is Best Western University Inn At Valparaiso located?

Best Western University Inn At Valparaiso is located at 760 Morthland Dr, Valparaiso, IN 46385

What is the internet address for Best Western University Inn At Valparaiso?

How big is Best Western University Inn At Valparaiso?

What days are Best Western University Inn At Valparaiso open?

How is Best Western University Inn At Valparaiso rated?

Best Western University Inn At Valparaiso has a 4.0 Star Rating from 344 reviewers.

This hotel was recommended to us by our wedding coordinator because they offer shuttle service to take you to and from the wedding venue. I wanted to ensure my wedding guests were safe so we selected this hotel. For anyone planning a wedding in Valpo, I highly recommend going ANYWHERE else. I’ll be sure to let my coordinator know as well so they no longer recommend this hotel.
Over a year in advance we booked a block of 30 hotel rooms for our guests with what was supposed to be a guaranteed rate. Online the rooms were going for 80 dollars a night, but our guests paid much more than that and paid multiple different prices for the same rooms. What’s worse, many of our guests called to reserve rooms and were told that there weren’t any available, but when they asked to check suddenly a room would miraculously become available. I am unsure if we even received the 30 rooms we were supposed to get for our guests. Many guests never received confirmation numbers upon booking either.
I called ahead to request two adjoining rooms for the bridal party to get ready in, and we were told they can’t guarantee adjoining rooms, but they would give us two rooms next to each other. Upon check in, they tried to give us two rooms on two separate floors and it took three attempts to get two rooms ACROSS the hall from each other. I was simply sick of arguing with the hotel staff at this point.
After our reception, some of our guests were congregated in the common areas of the lobby. You know, places where you would assume people would be allowed to gather and mingle. Instead, the hotel staff began to record us with their phones and told us if we didn’t leave they would call the police. Why would you rather have the guests congregate in the thin-walled hotel rooms and potentially wake up the other guests? I understand that people are a little rowdier after a wedding, but I have NEVER been treated that way by a hotel.
This hotel was less than accommodating. Two of my guests said their televisions didn’t work and one said their air conditioning would not work. I have asked anyone with issues to voice them. I am embarrassed and regretful that we selected this place for our friends and family to stay.
I will say that the bed was comfortable and everyone who took the shuttle had no issues. Thank you to the driver for taking care of them.

Service very lax,wait over half hour for front desk.had to seek out manager.this hotel covered in filth.mold in room,shower curtain covered in mold.elevator stinks,dirty floor,which clean sheets placed on elevator floor(excited about laying on them).hard work men and woman don’t mind spending the earned moneys but not on third world accommodation.so with that being said,if the management don’t understand the concept of cleanliness,may they should stick to selling merchandise at the local geto mini market. P.s sick of the b.s

I rarely write reviews but I had to for this. This is as honest as possible. I had high hopes just because it has 4.2 stars on google and from the pictures, it looked nice for somewhere to stay for my boyfriend and I for one night. It was an absolutely horrible experience. We get to our room, the beds had weird little dust particles all over the blanket. There were things that looked old and falling apart within the room. It was freezing in the room so I turn on the huge heater/air conditioner that’s on the wall, on and next thing you know it stops working not even an hour into our stay. So we were freezing all night and just took the other blanket from the other bed to stay warm. I then realized I was thirsty and wanted water so my boyfriend went downstairs to see if they had water bottles at the little concession area they had but turned out it was all locked up, with nobody downstairs for the rest of the night. So I was thirsty all night with nothing to drink. Then, at 2 in the morning there was super LOUD banging on the door next to us multiple times, we looked out and it was the cops looking for somebody. We felt super unsafe because of this happening. So we barely slept all night which we got a hotel for the main reason of getting a good nights rest before the rest of the driving we had to do. There was no breakfast which I understand because of COVID but on the website it says that there was going to be. The room was dirty, we didn’t get any sleep, couldn’t get any concessions and it was an awful experience. Don’t waste your money at this place seriously.

While I never expect 100% great quality from a best western this stay was one of the worst stays I’ve ever had. The comforter had smoked stains and yellow stains all over it. The pillows were tiny and flat. The shower felt slimy and then room smelled of Mildew and smoke even though we got a smoke free room. Horrible experience and staff was not helpful.

The refrigerator wasn't working so we called the front desk. We offered to bring our food down to be stored in another refrigerator. He insisted he would look at the refrigerator. After an hour we tried to contact the front td desk again because we hadn't heard from him and it was getting late. There was no answer. There continued to be no answer for over 30 minutes so my fiancee went down to the desk. The sign was up that he would return in 15 minutes. After several more trips down to the front desk over a couple hours my fiancee finally went to bed. The sign was up every time he went down and the guy never answered the phone. We did end up throwing out all of the extra food we had ordered. So frustrated.