The Cottages on Lindberg 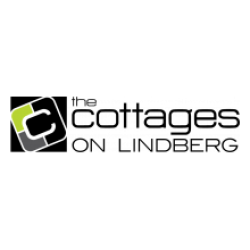 Find your home away from home at The Cottages on Lindberg! Our townhomes are unrivaled for Purdue University Students and feature a variety of amenities including a resort-style pool, fully-equipped fitness center, a stand-up tanning bed, study rooms, sand volleyball court, basketball court, campus shuttle, and much more! Experience what its like to be a Cottager with your friends in our fully-furnished apartment homes, including cable and high-speed internet. We have immediate move-ins available and have a VIP waitlist for 2022, so now is the time to secure your home at the best off-campus housing community in West Lafayette! Go Boilermakers!

What is the phone number for The Cottages on Lindberg?

Where is The Cottages on Lindberg located?

What days are The Cottages on Lindberg open?

How is The Cottages on Lindberg rated?

The Cottages on Lindberg has a 3.5 Star Rating from 181 reviewers.

The Cottages on Lindberg Reviews

While the facilities are nice, the management can be shady and hard to work with. You can tell they are a business whose job is screwing students out of fees they don't know they have. When I did finally reach out to the Property Manager, she was kind and understanding, but even she said there is a unit or two each year that gets the short end of the stick on admin errors and it happened to be us this year, and that should simply never happen. I would caution students to double check any and all agreements, and if it seems odd, it probably is.

Finished two full contract years, my initial review below still stands. In addition, the Deposits/Refund process was fair and easy as well. The noise/heating issues are very real though and my second cottage had uneven heating. Moved out because of rising rent.
I have overall been very pleased with my lease at the Cottages. As part of this review, I'll go over the different facets of the leasing experience.
Staff
I think the staff are great. I've interacted with at least four different people at the office on different matters and more than one maintenance person during my stay. They're nice and responsive.
They had weekly events with food and occasionally gave out candy and cookies for different reasons. This has stuck with me as I received a few cookies once while I was having a bad day and looking for food and it made an impact on me. I hope they keep this up. I haven't had any issues with unannounced maintenance but they have come in with dirty shoes. My housemates and I know don't wear shoes in the house so it's pretty obvious. They also redid the flooring during the contract and year and whoever their contractor was didn't clean that well.
Unit and Utilities
I toured and read other Google reviews before leasing at the property. The common concerns about the units are true. They are cheaply designed and lightly built, have high ceilings, and have a lot of glass. A lot of heat enters/escapes and the ventilation system of the cottages has it where there are only ducts and vents in between the floors thus you get an inefficiently and unevenly heated/cooled house. They also have electric stoves and ovens. Electricity probably costs more than other places because of these things. The house is lightly built and the rooms have vents on top of the doors so yes, you can hear everything through the walls and floors. For someone who grew up in a house then lived dorms made with concrete, it was a big change but I think it would be less of a difference for people who've lived in lighter homes. It's not ideal but it wasn't a deal breaker for me. The valet trash is convenient although I wish the containers were bigger and they collected everyday (they didn't collect on Fridays and Saturdays, the days we had the most amount of trash...). I had an issue once and called the provider's customer service which was surprisingly decent, so no big deal. During my stay, I didn't have any issues with the internet. For utility payments, water and trash had a fixed rate built into the contract. With regards to my specific cottage, there wasn't any major issue aside from the heater and air conditioner running at the same time but, this was fixed rather quickly. Small defects were present in the unit with some wear and tear on the baseboards and dirt in some places but nothing unexpected from a leased property (it was kept well).
Amenities
I did not use the pool during my stay but the gym was decent. The equipment is more basic compared to the University's but it was sufficient for me. I never had an issue with the gym being too full although there were times that some equipment were broken and I wish they had been quicker to fix them.
Transportation
Parking was sufficient although there were a couple of weeks where I had to park a little far from my cottage and there were also people who commonly parked without any regard to the lines which was annoying and I think the management could have done more about this. The bus route was convenient to have. Despite having a car, I opted to take the bus on some days to go into campus. It is sometimes faster than driving in, parking, and then walking (or taking another bus).
So overall, I give it five stars for my first contract year (at the original time of this writing). Yes, it's not absolutely perfect and some of the common concerns as stated in the other reviews are true but knowing that coming in, my priorities for my living arrangements, and the cost of rent (it's good as it is and shouldn't be higher), I have been very happy with my stay at the Cottages.

This place is amazing!! Highly recommended