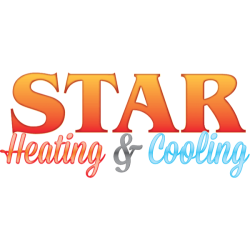 At Star Heating & Cooling, we provide an educational approach to our service and up-front pricing so customers can make informed decisions. Family owned and serving fellow Hoosiers since 1987, our technicians have repeatedly been trusted by homeowners and commercial builders for their expert knowledge, superior craftsmanship and unparalleled customer service.

What is the phone number for Star Heating & Cooling?

Where is Star Heating & Cooling located?

What is the internet address for Star Heating & Cooling?

The website (URL) for Star Heating & Cooling is: https://starheatcool.com/

How is Star Heating & Cooling rated?

Star Heating & Cooling has a 4.6 Star Rating from 111 reviewers.

I have nothing but good things to say about Star Heating & Cooling. Everyone we encountered was highly professional and very friendly. Bryan was extremely transparent with costs when we replaced our entire HVAC system, and he was very helpful as well. They were also always early or right on time for their service appointments, which I appreciated. We will use Star in the future for any HVAC issues! Services: Heating system installation, HVAC repair

I had an issue with my furnace on a Friday night in January. I called Star's on call emergency hotline and was called back immediately by Ryan. He gave me a few things to check to see if they would fix the problem so that he wouldn't have to charge me for an easy fix, which I greatly appreciated.
Those things did not work, so he came out immediately. He spent a few hours thoroughly examining all the components of the furnace and identifying a few potential issues.
The problem was fixed and Ryan was professional, nice, and you can tell he's passionate about helping people and solving problems.
When he gave me the bill I couldn't believe how inexpensive it was for the amount of time and effort Ryan put in.
Very impressed with this company and would recommend them to anyone!
***Follow up:
About a year later we needed a total HVAC replacement. I reached out to 3 companies for quotes. Star was the most affordable, professional, and explanatory as they walked me through the process of what was going to happen.
They gave me 4 options for replacements and when they were out of the option I selected, they upgraded me for free!
Not only that, but we finalized the purchase around 4 pm on a Monday and they were there the next morning to replace the furnace/AC. I couldn't believe it!
The installers (Matt and Mark) were great, down to earth, professionals who know their stuff inside and out.
At this point I feel as though I've met nearly everyone at Star from the office personnel, repair team, sales reps, and installers and all of them are salt of the earth people who do an outstanding job at a fair price.
We need more businesses like this in our city!
I'm thrilled to give Star my business and you will be too!

Great experience with Star. Matt and Mark did a great job installing a new A/C and furnace. They were efficient, knew what they were doing, answered questions and are overall cool dudes! Star's prices are also good. Thanks for a good experience.