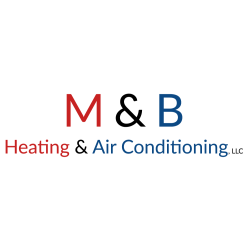 Every home needs a functioning HVAC system. Without it, you'll have a tough time staying warm in the winter and cool in the summer. M&B Heating and Air Conditioning, LLC can provide you with the HVAC installation, repair or replacement services you need to handle anything Mother Nature dishes out.Stay comfortable in your Fishers, IN home with help from expert HVAC technicians. Call today to set up a service visit.

What is the phone number for M&B Heating and Air Conditioning, LLC?

What is the internet address for M&B Heating and Air Conditioning, LLC?

The website (URL) for M&B Heating and Air Conditioning, LLC is: https://mbheatandair.com

What days are M&B Heating and Air Conditioning, LLC open?

How is M&B Heating and Air Conditioning, LLC rated?

M&B Heating and Air Conditioning, LLC has a 3.5 Star Rating from 11 reviewers.

Provided an honest assessment of what needed to be done at a good price. Have used their services a couple times and always on time and do great work. Would highly recommend.

They do what they say theyre going to do and and are candid up front which is hard to find these days.

Called my home warranty provider with a furnace issue and was forwarded to M&B. Called them on Sunday night, heard back on Monday morning, and Marlon came out and fixed everything that afternoon. He showed me how the systems worked and did not give me any sales pitch. Definitely recommend!

Mark is my AC guy from now own. This first hot day of the year my AC quit cooling. I called one of the big guys who took a quick look at it and told me it would cost $4320 to fix. Of course, he would recommend investing in a new unit instead of spending the money.
I called Mark for a second opinion. He showed up that same day, listened to what I told him and quickly got to work. Thirty-minutes later I had cold air again. He fixed the leak, filled it up with coolant (the expensive part) checked for leaks and cleaned up. He charged me for the service call, 30 minutes of labor and the coolant, only $800 again, mostly coolant.
I had texted someone to ask if they had an AC guy. They never responded. I have texted them back saying "I have an AC guy. Let me know if you need his number."
Thanks Mark!

Had an appt today guy says he was given the wrong number. Never showed up to the appt never did anything. Called to see if he’d still be coming said all he has is tomorrow on a Sunday or I can not fix it at all. Hope he never has a child with a terminal lung illness. This guy is a joke!! Hopefully his service is better tomorrow as he’s the tech assigned by the home warranty company!!! Don’t use this company if at all possible. Would give a 0 rating if possible!!!