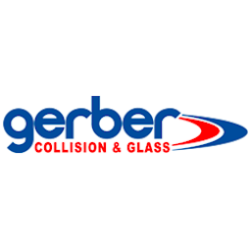 What is the phone number for Gerber Collision & Glass?

Where is Gerber Collision & Glass located?

What is the internet address for Gerber Collision & Glass?

The website (URL) for Gerber Collision & Glass is: https://www.gerbercollision.com/locations/fishers-in

How big is Gerber Collision & Glass?

How is Gerber Collision & Glass rated?

Gerber Collision & Glass has a 4.2 Star Rating from 56 reviewers.

Schedule a hail damage quote over a month ago which was a pain in the rear due to you never talk to a real person and got a phone call an hour before getting there that this location does not do hail damage repair. Failure at keeping the customer in the loop of what they actually do.

The Gerber collision repair on Allisonville Road has amazing service! I have not gotten my car repaired yet, I was there for an estimate after I had been hit in an accident. Amanda and Ian specifically took care of me. I do not know much about cars, they took the time and explained everything to me and the entire process that would take place. They even communicated with the car rental place to have a car delivered to their shop the day I dropped mine off. This is the best customer service I have ever received! It is no wonder that they are always busy. Service: General repairs & maintenance

Excellent work under accelerated time frame. Will return and recommend to others. Ian white and team are the best.

We waited a week before Gerber could get the car in for the repairs; plenty of time for them to order all of the parts needed. We dropped off the car Monday night as it was scheduled for Tuesday. They called me Tuesday morning to inform me they need to order additional parts and that they messed up and ordered aftermarket instead of OEM (They blamed Progressive for that). This would delay getting the car done until Friday. Then they immediately called back stating it would be Monday due to the covid restrictions delaying deliveries. I live three hours away and explained that I need the car done by Friday morning to get back home. Wednesday morning: they tell me they managed to overnight the parts, but their paint machine is down so it'll be done Friday. Again, I explained it has to be done by Friday morning in order for me to get home in time for an appointment. Thursday morning: I called for an update which they stated it will be done that day. Of course later that day I received another excuse and another promise to have it done by Friday at 10am. Friday morning comes around and now it will be done at 11am. Luckily, I took the initiative to rent a car to get home anticipating they wouldn't follow through with having the car done in time, which cost us more money as now we have had to pay for two rentals. Monday afternoon: I had take off work to make another 3-hour drive to pick up the car and found the paint doesn't match (my car is Mazda's soul red, their paint job looks orange) and there's debris beneath the paint. I expressed my dissatisfaction with their work, but told them I was not leaving the car with them any longer. They encouraged me to take it to a Gerber in my town to get it fixed and they would honor the warranty. Now I'm back to the beginning with having to wait to get the car into another shop and likely paying for a 3rd rental. The whole experience with Gerber was extremely frustrating as they were consistently lying and their quality of work is extremly poor. After all of this, I'm not convinced they actually used OEM parts. I do not recommend using them.
Dear Owner,
No one has reached out to me as you stated and it's been a week.