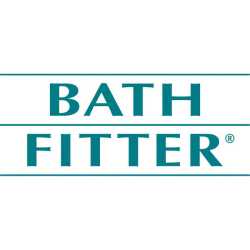 What is the phone number for Bath Fitter?

Where is Bath Fitter located?

What is the internet address for Bath Fitter?

How big is Bath Fitter?

What days are Bath Fitter open?

How is Bath Fitter rated?

Bath Fitter has a 3.4 Star Rating from 26 reviewers.

I have hired them to replace my shower stall in master bathroom. I am looking forward to the work beginning and enjoying the completion. Their prices were much better than the other three that came out. The sales/design consultant, Keenan, was very professional and pleasant. These were my top 2 reasons for choosing this company. I will update when they have completed the job.

Had a great experience with our installer, Felipe. He went above and beyond to make sure our showers were perfect. He was extremely professional and communicated throughout the entire process. Even fixed an issue with some water damage behind one of our walls. I was a bit nervous to use Bath Fitter because of some negative reviews, but extremely happy with the work. Service: Remodelling

The installation was very flawed. They had to come out 3 times after installation to fix wall panels, caulking, and ceiling panel. this was never a quick process and spanned several months. After they fixed the wall panels, caulking, and ceiling, the shower curtain bar was loose. When we called to have it fixed we were now outside of warranty and the there was now an additional charge to have them come out. Very disappointing and could not recommend. Services: Water fixture installation, Remodelling

The overall product is okay but the experience was horrible. The salesman Bill was very persuasive and nice but the one thing that sold us was the convenience and 1 day installation process. I was scheduled December 11th but was contacted by Lori that they weren't ready and i have to reschedule to December 15th. I expressed how this was inconvenient but obliged. She didn't apologize or address my concern. On December 15th, the installer Gerado arrived. The first thing that threw me off was when he had asked me to shut my own water off. Now one thing Bill made clear was that the installer was responsible for EVERYTHING so i was a little disappointed that i, not having any plumbing knowledge, was asked to shut my own water off. So i proceeded with the task not thinking much of it. A quarter into the installation, Gerado indicated an issue that the hot water was leaking and he didn't know why. Eventually, he contacted his supervisor and was instructed to purge the lines from the basement sink. The issue was addressed, however, it is also very disappointing the installer didn't have adequate plumbing knowledge. About halfway through the process, the installer said he had to bend the fixture and assemble it right at my house and that he required a wall outlet. Now Bill COMPLETELY left this step of the process out so i reluctantly obliged as he assembled the product on my front lawn while running an extension cord through my porch. Keep in mind during this entire visit he did not follow any Covid safety protocols and did not wear a mask at all. Then the time came to install the actual bath fitter where we learned that it had been cut wrong and he needed to come the next day. This is when the overall process became very frustrating. The convenience was a big selling factor and i felt completely ripped off. The next day he finished the installation correctly and it did look good. Upon observation, there were scratch marks on the product itself that the installer assured could easily be buffed out. There were also gouges taken out of the ceiling of my shower that the installer denied responsibility of. When asked about the shower's availability post-installation, we ran into another discrepancy. The salesman assured that the shower could be used moments after the installation whereas the installer declared that it would be best to wait at least 30 hours after completion. I was promised to have my bath fitter and shower installed on December 11th and to have everything ready to go by the 12th at the latest. I am now being told that my shower will not be available until 7pm on December 16th which is well after the time i was promised. During the cleanup process, the installer asked to use my vacuum which i assumed was for the carpeted areas around and leading up to my bathroom. He had used my vacuum on wet materials as i discovered the next day while using my vacuum which smelled like burnt plastic and leaked black sludge into my carpet upon usage. The scratches couldn't be buffed out neither. I left this exact story about my discontent on a survey where I was promptly contacted by Chris the Bath Fitter Boss. He assured me rectification as he was not happy that I had a horrible experience. I sent pictures of all the scratches on the bath fitter and gouges on the shower ceiling and also discovered a new issue that the hardware was installed incorrectly so the Hot Water comes out cold and vice versa. To make a painfully long story short, Chris has been fired and now I'm left to be contacted by somebody who can do anything. It's been over a month since and I am yet to be contacted by anyone and whenever I call nobody answers or I get told I'll be called back.  I'm at the point where I just want them to get this stuff out of my home and give me my money back. This entire time I have not been trying to go out of my way just to get something out of this company but I was contacted and promised over and over some kind of retribution. This is has been a horrible experience and i would never suggest this business to anyone.

Very unprofessional. Absolutely no customer service! Had an appointment for a tub overlay. Listed under my wife's name Nancy Richards. They should have arrived between 7-9. 9:05 I called and asked if they were still coming to install my tub. I was told I wasn't on the schedule and that she would look into it and call me right back. Never received a return call. I called them back two hours later. Chris, who told me he was the head of installation, answered the phone. I ask him if they were still coming to install the tub. He said he didn't know anything about my situation and he would call me right back. Of course, he didn't. Two days later and still no return call. I'm disputing the downpayment on my credit card.