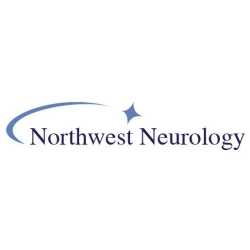 The providers of Northwest Neurology are dedicated to providing comprehensive patient care programs. The physicians strive to evaluate and treat each patient as they would a family member. With passion and years of collective experience, Northwest Neurologys doctors, nurse practitioners, and staff have developed multiple Centers of Excellence. These modules are teams of clinicians with specialized expertise working together to collaborate and implement best practices.

What is the phone number for Northwest Neurology?

Where is Northwest Neurology located?

What is the internet address for Northwest Neurology?

What days are Northwest Neurology open?

How is Northwest Neurology rated?

Northwest Neurology has a 3.6 Star Rating from 34 reviewers.

I was treated with respect and courtesy by all the staff.

Katsamakis fired me in January. I have had MS since 1977. I could not afford health insurance (pre-existing condition) until the ACA in 2014, when I started seeing Dr. Katsamakis. Though I had many symptoms, I was basically strong and fairly able. With insurance I thought I would finally be able to get some of the big, expensive drugs that others spoke of — but no. Katsamakis told me that they would not help and only prescribed minor "picker uppers" and nothing more. In 2015 (by Katsamakis recommendation) I got major neurosurgery fusing 7 vertebrae in my neck, which only made me considerably worse. By now, I can barely sit up, I can't walk and need an electric cart to move. When last I saw him in January to ask if there might be anything new to help me, he became very agitated, snide and abusive -- yelling at me to get out and not come back, even yelling at the office staff to never accept another appointment from me while I sobbed. (The office staff was quite nice.)I realized that when challenged, you find out that he really doesn't know anything. I learned more from a couple of MS exercise classes at Neuro Balance than I learned in six years of seeing this egomaniac. And now we are all in lockdown, I have no neurologist and needless to say, I'm very discouraged. If I could give him negative stars, I would.

Dr. Gordon was amazing. He listened and was very thorough! I appreciated his kindness and care while trying to find answers to why I was having certain symptoms. BE CAREFUL if you see Dr. Bach. She sent me for what she knew was an experimental test, which ended up not being covered by insurance and I am now out $1000. I reached out to her twice to see what she would do to resolve the bill and got no response.

I am beyond livid about my experience, the administrative team in charge of making appointments and in this office are completely incompetent. Every appointment has been riddled with headaches and lack of proper understanding of patient needs. They are combative and lack empathy I will never return here and actively recommend avoiding Northwest Neurology as a practice