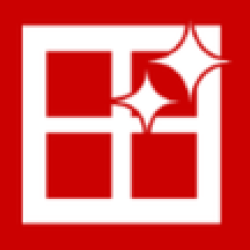 What is the phone number for Hardy Glass Block Panels Inc?

We were in need of having some glass blocks replaced in two different windows on our bungalow.
After talking with Bill we decided the best course of action was to replace both windows entirely. It made the most sense based on the number of blocks that needed repair and the condition of some other blocks.
Bill gave a quick and very reasonable estimate for the work to be done. He was upfront about the timeline and was very flexible in scheduling.
On the day of the work, the crew sent out was very professional and on time. (A few minutes earlier actually, and that’s ok!). They were very polite and got to work right away taking out the old windows. Within an hour and a half, the windows were fine and the new windows were in. When I went out to check the work, it was literally like no one was ever there. They cleaned up everything immaculately and left without a trace.
One of, if not the best experience I’ve had with contractors doing work in our home. We have three other glass block windows that all will likely need to be replaced in the near future, and there is no doubt in my mind on who I am calling for that job!
Thanks, Hardy Glass!

I had three young men arrive ahead of schedule and ready to start. Tranell, Anthony and Tommie were very professional and explained in detail what they were preparing to install. They were very quiet, quick and cleaned up areas that were in worse shape before they arrived. If I could give more than five stars, I would definitely give it to these young men. Job well done. I forgot to take pictures, because I was so impressed with their work. Thank you guys

Great customer service. On time and did a wonderful job installing my glass block windows.