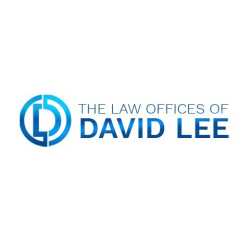 Law Offices of David Lee has quickly established itself as one of Aurora's most accomplished and trusted family law and criminal defense firms. Led by two seasoned litigators with more than 20 years of combined experience, the firm has built a reputation for providing effective and performance-driven representation for clients both in and outside the courtroom. Attorney David Lee is an experienced criminal prosecutor who has also become certified in divorce mediation. Whether the firm's clients are looking for an amicable, efficient way to dissolve their marriage or need to go to court to fight for what they deserve, Law Offices of David Lee is there to protect its clients' interests. Whether you have been charged with a serious criminal offense or are looking to steward your family towards a brighter future, the dedicated advocates at Law Offices of David Lee are ready to stand with you. Call their offices today to schedule a free and confidential case evaluation.

Where is Law Offices Of David Lee located?

How big is Law Offices Of David Lee?

What days are Law Offices Of David Lee open?

How is Law Offices Of David Lee rated?

Law Offices Of David Lee has a 4.0 Star Rating from 67 reviewers.

David Lee provided exceptional service and attention to my case. Mr.Lee was able to obtain everything that I asked for in my divorce agreement. HIGHLY RECOMMEND.

David was extremely helpful and knowledgeable of my daughter's case. My daughter received a speeding ticket and he was able to get the offense reduced which was not expected. David was very responsive to text messages, emails and phone calls, most of the time responding within minutes. He presents himself professionally and respectfully. All our court appearances were via zoom (during pandemic) and unlike many others he was always in a suit and treated the judge with the upmost respect. I had talked to 3 different lawyers before choosing David. While he was not the "cheapest", he did offer a flat fee which turned out to be the most cost effective in the end. David was most realistic and wasn't making over confident assumptions on what he could accomplish, he was hopeful but realistic. Gave best and worst scenarios that ended up completely accurate. We were offered the best case scenario, but were prepared for the worst. He did an excellent job representing my daughter (who is a minor) to the judge. David was always a joy to talk to throughout the process. I highly recommend him as an attorney.

Mr. Lee was attentive and knowledgeable, with the best possible outcome resulting in my case. Thank you so much!

David was incredibly responsive and went above and beyond our expectations. Without hesitation, he will represent you with the utmost integrity and care. He truly cares about the clients he represents and is the most responsible, ethical and hardest working attorney I have had the privilege of working with. No one contacts an attorney when life is going well... and he holds your concerns with care. When you need someone to first hear you and then understand you and then go to bat for you, David will not disappoint. If I could give him 10 stars I would.

David has provided excellent service as well as advisement on a variety of issues. He is very proactive, experienced and professional. I would not hesitate to recommend him.