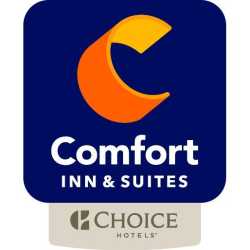 The well-being of guests is top of mind at Choice-branded hotels. Guests may experience a variety of new, improved cleanliness protocols and products. Get the essentials you need to be your best at the Comfort Inn and Suites hotel in Stone Mountain, GA. We give our valued guests easy access to such nearby points of interest as Stone Mountain Park, Northlake Mall, Stone Mountain Golf Club and DeKalb Farmers Market. Get ready to take on the day with such amenities as free WiFi, free ample parking, grab and go breakfast, free coffee, meeting space, a business center and guest laundry facilities. Behind every great day is a great night in your cozy guest room, which features a refrigerator, microwave, coffee maker, hair dryer and an iron and ironing board. Also, earn rewards including free nights and gift cards with our Choice Privileges Rewards program.

What is the phone number for Comfort Inn & Suites At Stone Mountain?

Where is Comfort Inn & Suites At Stone Mountain located?

What is the internet address for Comfort Inn & Suites At Stone Mountain?

The website (URL) for Comfort Inn & Suites At Stone Mountain is: https://www.choicehotels.com/georgia/stone-mountain/comfort-inn-hotels/ga287?pmf=yext&mc=llyxyxpx

How big is Comfort Inn & Suites At Stone Mountain?

What days are Comfort Inn & Suites At Stone Mountain open?

How is Comfort Inn & Suites At Stone Mountain rated?

Comfort Inn & Suites At Stone Mountain has a 3.9 Star Rating from 448 reviewers.

Prior to stay, attempted to call hotel 5x with no answer or, was disconnected. Upon arrival, found out pool was closed with no warning, even though advertised as an available amenity. Entire hotel and room was extremely warm upon arrival, took 4 hours to get room comfortable, but not able to maintain coolness. Food/drinks were left in fridge from previous guests, along with white powder on all surfaces (bar counter, bathroom counter, desk).

Someone stole my PLEASURES PERFUME. I THINK THE MAID GOT IT....SAD... AND HAD TO COMPLAIN ABOUT THE ROOM NOT BEING CLEANED. BUT THE BLACK SISTERS MADE SURE WHATEVER I NEEDED GOT DONE ASAP. EVEN IF IT WASN'T THEIR JOB TO DO SO...SORRY BUT IT'S THE TRUTH

I've traveled quite a bit. Many states, a few countries, all sorts of star ratings, including 5 cockroach motels. This. was. the. worst. It was livable after I fixed the Internet problem. And by fix I mean bring my father-in-law's 5G phone over to use it as a Hot Spot.
So, here we go...
Facial hair trimmings in the ice bucket and between the "clean" sheets. Strong smell of smoke in the non-smoking room, as if someone had been smoking in it within hours of our arrival. Ashes on the pillow. The chairs and pillows were oddly small. The bedding was very wrinkled. A bolt or 2 in the armrest of the office chair were loose. I found an industrial staple on the floor (my wife walks around barefoot a lot... ouch), see picture. 2 of the 2 bulbs in the bedside lamp were burnt out. The construction noise due to renovations were understandable, although hearing it literally right outside our door before 9am was a bit much. Bathtub drain stopper leaked like a sieve, making it pretty much useless. The grip tape in the tub was peeling, one strip completely gone. The towel hanger on the bathroom door was loose and spins (see photo). There was a lot of overall decay, hence the renovations. Language barrier with the housekeeper that came to our door, as my Spanish won't get me anywhere. I'd like to tell the "grab and go" breakfast where to go and grab itself. Meager is a word I've never used so seriously before.
And then there's the Internet. Shame on these people, as I know parts of it were intentional. Due to their setup, I was unable to use my PS4, but the worst was that all the Google owned sites had issues. I could eventually get Mail and Docs to load, but Sheets, Maps, Photos, and YOUTUBE never did. Every other site loaded flawlessly. I did some packet sniffing and there were retransmits galore. This was all highly suspicious.
I get that they're renovating, but that only excuses about 5 percent of the above. Stay away. Stay far away.