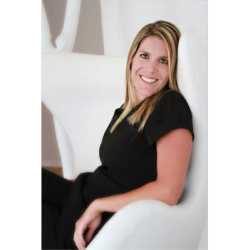 We are an integrative dental medicine practice that provides general, family and cosmetic services –with an overall focus on what’s best for your health. Our goal is to provide you with the highest possible quality care available on the market, while keeping our fees competitive. This includes minimally-invasive dentistry. In terms of quality care and customer service, we set the bar high for ourselves in hopes that we create trends that raise the bar for our industry. Our goal at Intown Smile Studio is to deliver an experience like NO OTHER DENTIST can deliver. Our team members are nonjudgmental, people pleasers and experienced, skilled caregivers. During your appointments, we’re always checking in with you to make sure you’re comfortable.

What is the phone number for Intown Smile Studio?

Where is Intown Smile Studio located?

What is the internet address for Intown Smile Studio?

The website (URL) for Intown Smile Studio is: https://intownsmilestudio.com/

How big is Intown Smile Studio?

How is Intown Smile Studio rated?

Intown Smile Studio has a 4.7 Star Rating from 67 reviewers.

Everyone was pleasant, professional, and efficient. I did not have to wait after the appointment time. Thanks for the great experience.

Long overdue review but this office made a great impression on my first visit! Charro and Sieeda were both pleasant and made my visit safe and comfortable back in April. Dr. Green was very thorough with her evaluation and addressed my specific concerns and questions. I'm looking forward to attending this office again for my routine care and highly recommended in the Atlanta area. Thank you all for your professional service!

This place is AMAZING!!! It’s real grown n sexy! Laid back environment, not to mention, the staff are so friendly and prompt. Some places will have you waiting for a while. As soon as I was done with my app, I went straight to the back in less than 2 minutes. Not to mention that you can watch tv as you Are sitting up and once they have you lie back, there’s another tv on the ceiling. Highly recommended.

I confirmed my appointment for my children via text which was highly convenient. Their facilities are always clean and staff always courteous... except for one man. I get there 15 minutes early after driving an hour from McDonough. I greet him and tell him their names. He informs me that their mother cancelled the appointment yesterday. This is a whole separate issue and doesn't concern Intown. (Divorced for many years). However, I say, "I apologize, I'm not quite certain why she did that, they're with me this week." He said they might still be able to get one of the two children in. I say thank you, and he goes to the back to talk to one of the dentists I assume. He comes back to the front and then asks me what my mother's name is. I ask why he needs to know my deceased mother's name. He says, "Your Mother's deceased? I didn't know. What is your father's name?" I said, "I'm sorry why are you asking for my parents names?" He said, "Are you their brother? What is your relationship to (mother's name)?" I said, "I'm their father I made the appointment. That's my ex-wife. I understand if you can't get them in since it was cancelled by their mother but what's with the questions?" He said, "We have (mother's name) on the phone and I didn't know who you were, and since she was the one who cancelled the appointment..." I said, "So why aren't you talking to me?" He said, "I don't know why you're getting such an attitude." So I said, "come on kids, let's go".
I don't even know what to say about such a strange and unprofessional exchange. Everyone else I've dealt with has been courteous and respectful but that guy had me completely confused and a little insulted that he felt he needed to call their mother instead of dealing with me in the lobby, their father, who only came to get their teeth cleaned.

Great atmosphere and the quality of service is the best I have experience in the dental industry!!! Staff was amazing!!!