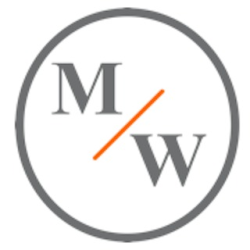 What is the phone number for Madewell Concrete Atlanta?

Where is Madewell Concrete Atlanta located?

What is the internet address for Madewell Concrete Atlanta?

The website (URL) for Madewell Concrete Atlanta is: https://madewellconcrete.com/atlanta

How is Madewell Concrete Atlanta rated?

Madewell Concrete Atlanta has a 4.7 Star Rating from 147 reviewers.

Armando and Andony we’re on time. So professional and went out of their way to help me to get everything done. They went far and above my project! They were respectful to the utmost!!! Their work ethics are impeccable…Thank you to the most important part of the company!!!!!

Wonderful job! The first quote was done in a timely manner and included everything. Then had someone else to come look and go over everything before they started. They were always on time and very helpful with all questions. The end result is beautiful and I can’t wait to fully use it!

They were great at the start - prompt and thorough. The job went well except for when they removed the forms, they threw the 'balls' of concrete in the grass/weeds/woods where I run the mower. So I had to pick up behind them. Not the end of the world, Driveway looks great...except one section has a big crack and they agreed it needs to be replaced, Now after 4 months and several promises to replace the section, they keep putting me off and passing me back and forth. There's no value in a warranty if they drag their feet for FOUR MONTHS!!! Disappointing after a strong start. Service: Driveways

Madewell Concrete did a fantastic job on our driveway and sidewalk. They were professional, friendly, on time and reasonable. I would definitely recommend their services.

Buyer beware! My experience with Madewell has been mostly negative post-estimate, which was the only pleasant experience across the whole ordeal. If I didn’t withhold the second half of the payment until after my issues were addressed, I don’t believe they would’ve been. BEWARE ON THE CONTRACT that you agree that you are COMPLETELY SATISFIED after you submit final payment. You are also required to provide final payment DAY OF the concrete pour, not until after they are supposed to come clean-up and you are able to see what rubbish job they did. I had two driveways poured on 23 April 2021, a main driveway which would be stamped and a side driveway with parking pad in the backyard. The problems started on the day of the pour where I had to supervise the crew pouring the side driveway. The concrete pad in my backyard was clearly higher than the driveway sloping down towards it; after I expressed the disparity, the crew’s solution was the dig out 6” from the middle of the pad to allow for runoff from the driveway. At the end of day inspection, I expressed concern about both the pad being higher and that the driveway didn’t appear to be sloping away from my basement garage. I was told that we would have to wait and see after first rain. Fortunately, it rained the next day and the drive did in fact slope TOWARDS my garage, as I had expressed. I submitted a claim same day. After back and forth with Madewell, two weeks passed before a team showed up to install runoff drains in front of my garage and catch basins on both sides. Again, had I not supervised the team, the drains would have been running uphill. I caught the team right before they were trying to leave and all the pipes had to be pulled up and reburied. First rain came that next day again, at which time I discovered that the catch basin’s weren’t properly installed. It took another 2+ weeks before a team came out to dig out the catch basin’s and install them properly (May 22). After several more weeks, I noticed that the drains weren’t doing their job. Upon further inspection I discovered that (1) the slot drain in front of the garage was installed higher than my garage floor and (2) the exit drain was never installed properly to the end of the slot drain. Water was just damming up next to my foundation and backflowing into my garage again. I ended up fixing it myself because I was tired of fighting Madewell’s claim department for service. On Aug 22 I submitted another claim that my main, stamped driveway is cracking across and down the middle. Upon second and third opinion, the reason appears that the subsoil wasn’t properly compacted before the drive were poured. I am still waiting on a response back from that claim. So much for standing by their work for 10 years. Pictures and communications available for support. Service: Driveways