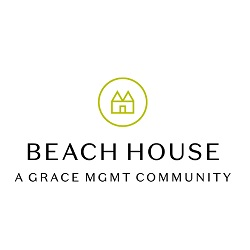 World of Floors has been installing and selling quality flooring and carpets in homes and businesses since 2007. We pride ourselves on our commitment to competitive pricing and the highest standard of installation and service. Each of our locations specifically caters to your community. Our desire to keep in touch with our customers to provide the right flooring product for you is our priority. Stop by one of our stores today to speak with one our knowledgeable staff members. We will make sure that your flooring experience will be smooth and completely satisfying from start to finish.

What is the phone number for World Of Floors Florida?

Where is World Of Floors Florida located?

What is the internet address for World Of Floors Florida?

The website (URL) for World Of Floors Florida is: https://www.worldoffloorsflorida.com/

How big is World Of Floors Florida?

What days are World Of Floors Florida open?

How is World Of Floors Florida rated?

World Of Floors Florida has a 3.2 Star Rating from 29 reviewers.

This place is closed permanently

Been there twice and never helped. The first time we arrived 45 minutes before closing and as we were just walking through the front door the employee was running us out saying that they were closing early and didn't seem very professional. The second time we attempted to look at their products was in the beginning of the day. We got there early so decided to get drinks and appetizers from the restaurant next door until World of floors opened. We got there 20 minutes after opening time and no one was there yet. Their times of operation were posted on the door and nothing otherwise. There were several other customers waiting in the parking lot and we even attempted to call to get ahold of someone. After wasting my time two days and fuel to drive out to this place, I will be taking my business elsewhere and I'm sure they have lost many customers due to their lack of customer service.

Went into the store to look at flooring the gentlemen directed us to the general direction. Then went back to doing paperwork at his desk. I was wanted to ask him a question and he didn't even acknowledge my presence very disappointed as i need to replace 2200 sq feet of flooring. We walked out without being acknowledged.