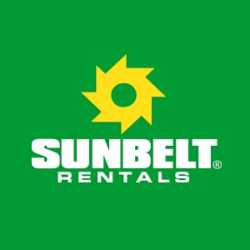 Renting great equipment is now the easiest part of your job, thanks to the Sunbelt Rentals location in Orlando. Whether it's earthmoving equipment for your job site or small tools for your home improvement project, our vast inventory means we'll get you the equipment you need. We offer lawn & landscape equipment, light towers, mobile elevating work platforms and concrete and masonry equipment. Availability, Reliability, and Ease. That's The Sunbelt Promise.

What is the phone number for Sunbelt Rentals?

Where is Sunbelt Rentals located?

What is the internet address for Sunbelt Rentals?

What days are Sunbelt Rentals open?

How is Sunbelt Rentals rated?

Sunbelt Rentals has a 4.2 Star Rating from 73 reviewers.

Prompt and courteous employees. The item rented was exactly what was needed.

I came into the store at 7 AM when they opened. On Friday, March 5th, I asked if there was a tractor in a bush hog that I could rent for the day and the manager proceeded to give me excuses to why he could not rent me a tractor so I switched it to a front skid loader with a bush hog. And again he gave mine every excuse he could. So I called the Sanford sunbelt and they instantly told me that I would be allowed. And that they don’t know what the manager at jet port was talking about. But it wouldn’t be ready until later on in the day. My point is if your running a equipment rental. You would think they would rent the stuff out. I don’t know. Price was never the issue. It was lack of communication. I just needed to mow grass.