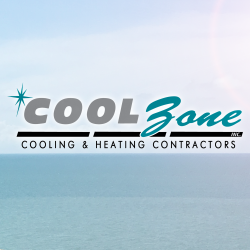 Cool Zone Inc. is one of Naples premier air conditioning companies. We are available for emergencies, offering 24 hour AC repair, maintenance plans, duct cleaning, as well as professional pool heater, humidifier, and furnace services. Cool Zone is proud to be a Lennox Independent Dealer, providing high quality, durable heating, and air conditioning solutions for your home and business. New equipment purchases come with a manufacturer's warranty, and our installation work is backed by an extended 3-year guarantee. Our company is fully licensed, insured, and certified for air conditioning repair throughout Fort Myers, Naples, and Southwest Florida. We service all makes and models of air conditioning units. Call today for a free quote.

What is the phone number for Cool Zone Inc?

Where is Cool Zone Inc located?

What is the internet address for Cool Zone Inc?

The website (URL) for Cool Zone Inc is: https://coolzoneinc.com/

How big is Cool Zone Inc?

How is Cool Zone Inc rated?

Review of Installation by Cool Zone, 2000 J and C Blvd, Naples, FL of a Mitsubishi M-Series 18,000 BTU 20 SEER 12.7 EER Min-Split system with 2 remote Controls:
It took Cool Zone three teams from August 23 to August 30 to install the system properly.
The first team (2 to 4 technicians) who worked on August 23-24 performed poorly:
- They initially secured the outside condenser unit with 4 screws instead of 8
- They initially secured the downside drain with 2 brackets only
- They only removed part of the previous AC system
- They were unable to properly connect the two inside air handler units. As a result, the next day while the temperature was set at 80ºF, one room was at 65ºF and the other one was at 84ºF
- They removed and discarded the 2 wall brackets holding the remotes for the ceiling fans to place the brackets for the AC remote controls
The second team (1 technician) who worked on August 28 also performed poorly:
- He could not figure out why the units were not functioning properly
- He did shorten the end piece of the drain pipe that was too long
The third team (2 technicians) who worked on August 30 performed very well:
- They figured out the cause of the problem created by the first team and fixed it
- They removed the leftovers of the previous AC system
In summary
- 0 Star for team 1
- 1 Star for team 2
- 5 Stars for team 3
- The Mitsubishi system works well and is very quiet. Both rooms are now at the temperature set on the remotes
If you choose Cool Zone, your system may not be installed properly the first time around.
N.B.: I tried to post pictures, but they were rejected by the server. Service: Ductless heating and AC services

I had a Cool Zone replace a 15 year old AC system in our condominium. The company was helpful in selecting the correct equipment, removed the old system and replaced it with a new Rheem system. They did the job on time and without any surprises. System is performing perfectly. I highly recommend the Cool Zone.

Professional and delivered when they said they would. Quality workmanship.