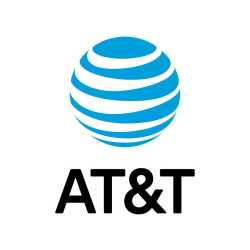 Stay connected with AT&T in Clermont. We offer phones, tablets, smartwatches, and connected devices from all of your favorite brands. We also offer wireless data plans in Clermont for every need. Enjoy the flexibility of an Clermont prepaid phone plan—with no annual contract and no credit check. Get unlimited text and data with AT&T UNLIMITED ELITE, which includes HBO Max. Get nationwide AT&T 5G service, which comes with all of our unlimited data plans for no extra cost. With all of the time many of us spend online, we expect a lot from our Clermont internet service. That's why you need fast, reliable internet from AT&T. With AT&T Internet in Clermont, you'll enjoy 99% reliability and strong Wi-Fi connectivity throughout your entire home.

What is the phone number for AT&T Store?

Where is AT&T Store located?

What is the internet address for AT&T Store?

How big is AT&T Store?

What days are AT&T Store open?

How is AT&T Store rated?

This location is pretty decent. It's better to go after 5

I wish we could make separate posts and ratings for each time we visit a place. I would rate this location a 5 for each time. Both times I have been in, Dave has been so helpful. He is so knowledgeable and friendly and not your pushy sales guy. He is honest and straight forward. He made sure we were getting the best deals when we initially came in, switching service providers, insuring we would be saving money on the switch. We walked out completely satisfied. Unfortunately, an interaction at another store caused some major inconveniences with our account not even a week later. Dave was so patient in working to figure out the issues and solved them once found without causing more confusion and complications to me and my family. He was empathetic and apologized the entire time, even-though the issue was of no fault of his. To top it off, another gentleman who worked there (unfortunately I didn't catch his name) in the store kept my son entertained the entire time (by choice) we were in the store BOTH times and my son was ecstatic and hated having to leave the store. The entire crew is amazing. I don't want to visit another AT&T store after receiving the exceptional customer service I've received here.

The AT&T store in Clermont once again has gone above and beyond to assist me with my purchases, fully understanding my bill, what lines have upgrades, and what options I have as a AT&T customer. There is no other company I will do business with. Trust AT&T in Clermont for all your mobile and tv service purchases! Thank you again Chris and Samantha!