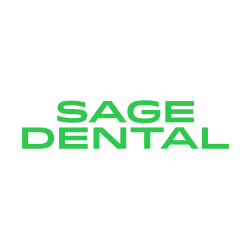 We're creating a modern, family-friendly approach to dentistry with one thing in mind – you. We know dental health is the window to your overall well-being. That's why we're committed to helping you stay healthy inside and out. From pediatric dentistry and orthodontics to teeth cleanings and oral surgery, we utilize the latest in clinical technologies to provide you and your family the best dental care all in one place.

What is the phone number for Sage Dental of Central Boynton Beach?

Where is Sage Dental of Central Boynton Beach located?

What is the internet address for Sage Dental of Central Boynton Beach?

The website (URL) for Sage Dental of Central Boynton Beach is: http://Mysagedental.com

How big is Sage Dental of Central Boynton Beach?

What days are Sage Dental of Central Boynton Beach open?

How is Sage Dental of Central Boynton Beach rated?

Sage Dental of Central Boynton Beach has a 4.5 Star Rating from 231 reviewers.

Had a great experience. Was in and out quickly and even explained step by step the actions I needed to make to keep my teeth in great health.

They raised their prices significantly! Their new plan winds up costing much more than the old plan. They try to trick you by having the initial charge lower than it previously cost but then they nickel and dime you for everything including upselling for things that you may not even need so the bottom line is that it costs a lot more for the same service. They keep changing personnel so the odds of actually being seen by whoever you had an appointment with is less and less likely. Two times in the last 3 years, I have had a crown "accidentally" removed while getting a cleaning. When I said something to the dentist about it, I was told that "things happen"! Initially, they wanted me to wait until after the week-end to get it replaced (this was on a Wednesday). After they realized that I would not accept that, they were somehow able to get the dentist to "fit" me in to get it done that day. I am not a happy camper and after being a patient with them for over 5 years, I have serious doubts that I will renew my dental plan with them once the current period is over. There are too many other dental options available to stay with a less than satisfactory choice. I would not recommend Sage Dental to anyone at this time!

So pleased with Sage Dental of Central Boynton.
I have so much anxiety when going to a dentist, I've always had poor experiences at other places to the point where I have avoided going altogether for years. I cracked a tooth and needed to go in for a crown. I decided on Central Boynton Sage Dental and hoped for the best. I am so happy and relieved that I made the best choice.
Cleanings have always been painful and stressful for me. But getting a cleaning from Dana the dental hygienist there felt absolutely therapeutic and restorative. So much so that all fear and stress of dental cleanings is gone. I'm looking forward to receiving routine and preventative care now.
A temporary crown procedure is fun for no one, but Dr. Rodriguez has the care and patience of a saint. During the temporary crown procedure he was very communicative and answered all of my questions. When I went back for my permanent crown, he took all the time needed to make absolutely sure that it fit perfectly.
Both dental assistants that helped during the appointments, Na-gi and Jo, were both patient and accommodating as well. Chastity and Lisa in the front office were helpful with scheduling and answering any questions I had. I am so relieved and happy to have a dental office I can count on.