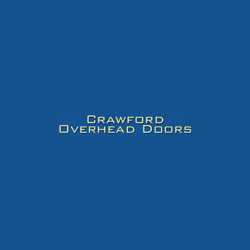 What is the phone number for Crawford Door of Stratford Inc.?

Where is Crawford Door of Stratford Inc. located?

What is the internet address for Crawford Door of Stratford Inc.?

The website (URL) for Crawford Door of Stratford Inc. is: https://www.crawfordoverheaddoor.com/

How big is Crawford Door of Stratford Inc.?

What days are Crawford Door of Stratford Inc. open?

How is Crawford Door of Stratford Inc. rated?

Crawford Door of Stratford Inc. has a 4.0 Star Rating from 29 reviewers.

A cable on my garage door opener snapped Sunday night. A neighbor recommended these guys. I called around 10am Monday morning, mentioned it wasn't an emergency, and they still had someone here by 1:30. Real friendly guy who fixed the problem quickly and the price was very reasonable.

Poor response time and follow up. Terrible customer service, especially from the owner. Would highly suggest you find someone else.

Don't count on Crawford Door for ANYTHING! I thought I was a good customer of Crawford Door since I had them install my doors years ago. Recently, my garage door opener was not working right. I called Crawford Door and made an appointment to have them come out. They were a NO Show. I called them and the woman said she "FORGOT" to call me to tell me they weren't coming. After I had re-arranged my work schedule to be there all morning. Of course, MY TIME was worth NOTHING! Their tech finally came out in a few days. He tells me that the person from Crawford Door who replaced my springs last year didn't re-adjust my door to the new springs. He pushed a few buttons and charges me $95 for something he JUST told me wasn't done properly BY THEM! I called in to the office right after and the woman said she'd check on it and call. Of course...no call. Right after they came and re-adjusted my door, the entire opener died. I called them again and they came out to check it. This time, they told me that a motherboard and other parts needed to be replaced and that I should..."bring it back to where I bought it...". Evidently, their tech had done something to BREAK my opener and now they were blowing me off. I wrote a DETAILED email to the owner of the company about this entire experience to try and be fair. I NEVER HEARD A THING! Obviously he doesn't believe in communicating with customers or care about his techs poor service. Now I'm stuck with a broken door opener that they will NOT stand behind the awful service I received. Walk away from this company, the poor office staff AND THE OWNER that does not care about his customers!

I always check reviews prior to hiring a contractor/ company. There's always one bad egg (review) but when all others are sterling I ignore the rotten egg. My experience with Crawford garage door of Stratford was second to none. Gloria made profession suggestions to help me pick the best doors to compliment my home. Charles and the installation team installed the doors in an extremely clean and efficient manner. Home improvements can be confusing and frustrating. My experience form start to finish was a complete pleasure! If 10 stars were available Crawford gets that many well!

Crawford doors was great to work with and installed beautiful black garage doors that look like real wood. I went into the store and Gloria helped design and select the doors that would go with my 1920's colonial home. My garage went from looking like a beat up old Shack to a beautiful man cave. Thank you Crawford doors for beautiful doors, being so helpful, and very reasonable for a first time home owner.