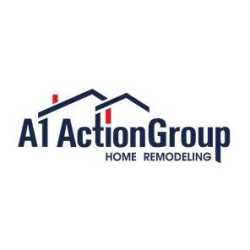 A1 Action Group Remodeling is a family-owned company dedicated to bringing comfort, safety, and joy to Connecticut homeowners. With over 20 years of experience in the home remodeling industry, and certificates of achievement to back our expertise, we are the professional remodelers you can trust.

Where is A1 Action Group Home Remodeling located?

How big is A1 Action Group Home Remodeling?

What days are A1 Action Group Home Remodeling open?

How is A1 Action Group Home Remodeling rated?

A1 Action Group Home Remodeling has a 3.9 Star Rating from 19 reviewers.

I would not recomend this company to anyone. They are complete hacks. They werent the cheapest or the highest right in the middle for price but quality of work is on the cheap side. I would of been better of going with the cheap guy because at least i would of paid for what i got. This way i over paid for what i got. They order the wrong stuff and then install it too. They dont know how to install siding its either just makes the j channels or its too long and it touches the windows or doors. They say they will do whatever you want but they cut corners wherever they can and say you dont need stuff because they forgot to install it. They have come back twice now to fix the drip cap they installed wrong twice before i gave up on them and did it myself. Sergi blamed my roof for the water I said my roof never leaked until you guys did the siding, and gutters. Never trust a company that requires more than 50percent of the money before they are even close to doing 50percent of the job. Read the fine print they say you cant hold back money just because they screwed up. I should of read the fine print because thats a red flag. In short worst decision i ever made.

DO NO USE THIS COMPANY!!!! IT WILL BE THE BIGGEST MISTAKE YOU HAVE EVER MADE!! The owner is in Russia and has no control over his company ! I ordered windows in June and had zero customer service help when windows never showed up by the expected date of end of July. I ordered 5 windows and did not received any of them till November . I now only have three and two came in with the wrong! Do not trust this company and please don't give them your money! I would not be surprised if this company is out of business soon! I have since fired them from the project and will never do business with them again. STAY AWAY PEOPLE
The response is false from them and they lied during the whole project. DO NO USE THIS COMAPY, DO NOT TRUST THEM !

They know what they do!