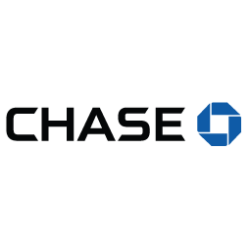 What is the phone number for Chase Bank?

Where is Chase Bank located?

What is the internet address for Chase Bank?

How big is Chase Bank?

What days are Chase Bank open?

How is Chase Bank rated?

Chase Bank has a 2.8 Star Rating from 27 reviewers.

( 27 Reviews)
Write A Review
A Parsen

I guess they pay the manager to sit in her closed office looking at pictures on her phone while I stand in this GD line! She’s not even trying to hide it!

Chase support call is super wasting time. If you want to call specialist, you should call again and again. Nobody answer for 10 min more or hang up.

Would not cash two of my verified checks. Why even have a bank account? They have updated their app so those of us with older technology can no longer use it. Charged me an overdraft fee for my employers double issued numbered check which wasn’t my responsibility.

I called to get some information about a problem account. I asked to talk to the Bank President as directed by Chase’s main number. A rude women named Diane answered the phone...she is the branch manager. As I told her the story and asked to make an appointment with the person she reports to if they don't have a president (she snapped that info at me) she then asked if I was done. I gave up on her stopped explaining my situation (not worth it) and instead called her manager to report her and more importantly help me find the money chase has misplaced. Rude, rude rude!!!! Diane the branch manager needs some retraining.