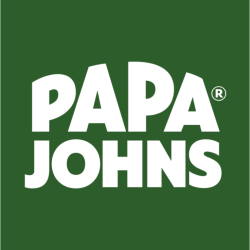 For Papa Johns Pizza in Denver, CO, the secret to success is much like the secret to making a better pizza - the more you put into it, the more you get out of it. Whether it's our signature sauce, toppings, our original fresh dough, or even the box itself, we invest in our ingredients to ensure that we always give you the finest quality pizza. For you, it’s not just Better Ingredients. Better Pizza. It’s a family gathering, memorable birthday, work celebration or simply a great meal. It’s our goal to make sure you always have the best ingredients for every occasion. Call us at (303) 320-1717 for delivery or stop by E 35th Ave for carryout to order your favorite, pizza, breadsticks, or wings today!

What is the phone number for Papa John's Pizza?

Where is Papa John's Pizza located?

What is the internet address for Papa John's Pizza?

The website (URL) for Papa John's Pizza is: https://locations.papajohns.com/united-states/co/80238/denver/7305-e-35th-ave?utm_source=yext-listings&utm_medium=referral&y_source=1_MTA2OTEyMDQtNTQ1LWxvY2F0aW9uLndlYnNpdGU%3D

How big is Papa John's Pizza?

How is Papa John's Pizza rated?

They need to clean they equipment in there. Pizza comes out burnt. Seems like all these fast food places suck now and days.. Dont wast your money on this papa john location pretty sure its better in denver

Mean workers who give attitude for asking questions.

Food was good as always. For whatever reason they were swamped (and probably shorthanded) so things took a while. They did their best.

I WANT TO REALLY GIVE ZERO 00000 RATE!!! We arrived at hotel 9pm, ordered on app. Received call saying it would be 2 hours. We said fine. 1 hour passed and we updated tracking. Said order canceled and no call as to why. We called to question. We were told they didn't know why it said it, but was going to make our order and send with doordash because they had no delivery drivers and said it would be another 2 hours. We said it's already been 1 hour, but said it would be fine. 2 hours passed and updated tracking. This time it said canceled and money refunded. We had no dinner and it is only 7 minutes from hotel. EXTREMELY POOR SERVICE!!!