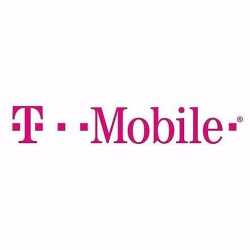 Visit the T-Mobile store in Santa Ana and discover America’s largest, fastest, and most reliable 5G network. Shop our best low-cost plans with no annual service contracts - plus our best smartphones, cell phones, tablets, internet devices, and latest promotions. If you’re interested in joining the Un-carrier, our staff at 1015 S Main St Ste A can assist you in the switching process. Masks are optional for fully vaccinated guests except where state or local ordinances require all guests wear a mask at all times.

What is the phone number for T-Mobile?

Where is T-Mobile located?

What is the internet address for T-Mobile?

How big is T-Mobile?

What days are T-Mobile open?

How is T-Mobile rated?

(Translated by Google) I loved the treatment of the lady, in the office of la mein and mcfaden, Melissa thanks for everything.
(Original)
Me encanto el trato de la señorita, en la oficina de la mein y mcfaden,Melissa gracias x todo.

Didn't help me out with my problems

I'm writing this with a very heavy heart and disappointment.i was sprints customer for over 10 years and never had this problem.
Ok I had an appointment at the sprint store in Aliso creek road time of my appointment I understand the store is close for ever I don’t know how I got an appointment there ? Then I called and they send me to another T-mobile store, After 4 hours of being there and being patiently waiting with the girl who didn’t know anything she said I’ll receive my phone on January 6th at my address But then I got an email saying it will be delivered on February 23rd As I went back to the store and asked why ? She sent me to another store which was the store I left review for on Google , that's Where they wanted me to do a return on that phone and pay again for the new phone ,I did that and got a refund from sprint in less that 10 minutes and bought the new phone from them ,but then the sim they put in my new phone was not working and it made my own SIM card stop working too On top of that now I paid for the black phone and the store clerk opened the gold one and asked me to take that because the phone will go to waste if he change it to the one that I originally asked for, I did not accept because that was not the color I paid $400 something for So sameer ( the clerk ) said I have to do another return and pay another $400 some for the black phone again! Even though I was angry I agreed to do it. They did a refund and I have the recipe for $460 but this time with T-mobile. I called my bank and they said it would take 2 business days for money to come back to my account and since I didn't have enough money in my account for the phone I was gonna get due to all these charges and refunds I had to divide the payment between into 3 credit cards. Now I've been in store since 11 am and it was 8 pm that I was leaving, my sim still doesn't work so I got on the phone with sprint it took them until morning to figure out what is wrong and fix my phone. After 2 days that I could see the charge pending in my bank account now I check and you guys charged me completely with no shame, even though I have a recipe that says the charged was refunded!!!!!! Who is going to fix this??? This is ripping people off, this is beyond disappointing, I'm beyond disappointed that I trusted Tmobile and gave your clerk my credit information. This is beyond stealing from people who trust your company. I want my money back I want to see what action you take towards your stupid clerk??????