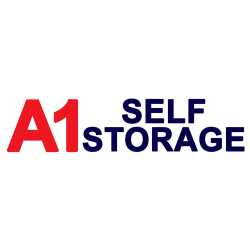 A1 Self Storage is your one-stop shop for all of your storage needs. Whether you need storage for work or school, for a move or a renovation, or you simply need to make room in your home, we've got you covered! Our exceptional service, clean facilities, flexible payment options, awesome move-in deals, and free moving truck make us ideal for any storage situation. Take back your space with A1 Self Storage!

What is the phone number for A1 Self Storage?

Where is A1 Self Storage located?

What is the internet address for A1 Self Storage?

The website (URL) for A1 Self Storage is: https://www.castorage.com/storage/california/storage-units-santa-ana/4918-W-First-St-169?utm_source=google&utm_medium=local&utm_content=169&utm_campaign=localmaps

What days are A1 Self Storage open?

How is A1 Self Storage rated?

A1 Self Storage Reviews

A nice location next to a winery

i’ve had a unit here for a little less than a year so far, and i’m satisfied. the prices are reasonable. i personally love that it’s outdoors, but i know that won’t cater to everyone. they have raised the rent on me one time already, but thankfully it was only a few dollars more each month. i like that the monthly price includes insurance, since i’ve seen others that would charge extra each. the hours are great compared to some other places, (5am-745pm everyday, & the whole facility is closed on holidays, not just the office.)
As far as cleanliness goes….overall i’m not dissatisfied with anything. I did see a rat one time climbing around in the rafters above my unit, but it just ran past really quickly down to other units. thankfully, i have never seen any evidence of any rats being in my unit ever, as well as any other kind of rodent/insect/animal. i’ve never even seen a spider web or any ants, which i was anticipating since it’s outdoors. i told the office that i saw a rat and they said i can come to the office to grab a trap or something, but since it was way up in the rafters, i wouldn’t have been able to reach up there, and i do not want to put a trap in my unit and draw them in, when they weren’t there to begin with. so i didn’t, but i haven’t seen anything like that since. so as long as you make sure there’s no food in your unit, you should be fine and hopefully rodent-free.