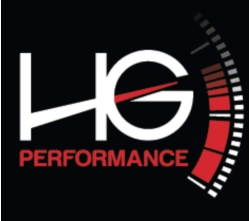 HG Performance is a branch of Heinz Gietz Autohaus open since 2012. Heinz Gietz Autohaus has over 49 years of experience in automotive servicing. Building on the principles of our founder, Heinz Gietz, our master technicians are here to offer you the best experience in automotive service and care. Formerly based in downtown La Jolla, we have moved into a larger facility in San Marcos to help better serve our growing number of customers. We may be bigger but we are still a family owned shop here to service the local community with our honest and friendly service.

What is the phone number for HG Performance?

Where is HG Performance located?

What is the internet address for HG Performance?

How big is HG Performance?

What days are HG Performance open?

How is HG Performance rated?

HG Performance has a 4.9 Star Rating from 97 reviewers.

Very knowledgeable and professional. They rock! Wish they were closer to my house!

STAY AWAY FROM HG PERFORMANCE!
I am generally not one to give negative reviews, however, I feel obligated to inform the public in hopes of preventing someone from having to experience the same atrocities I have. This company is shady, unprofessional and relies on google images and some questionable 5 star reviews to sell themselves. I brought them my McLaren 720s for some upgrades and not only waited weeks to get updates on my simple stage 2 upgrade, but picked up my car with 1000 MORE MILES THAN WHEN I DROPPED IT OFF. Not only did they JOY RIDE my McLaren, but they must have bottomed out the car and DESTROYED MY CARBON LIP. They tried telling me "It was like that when you gave it to us", but what the gentleman at HG forgot was that we were admiring my car when I dropped it off and he complimented how great the lip looked........which obviously was not broken at the time. I HAVE HAD IT WITH THESE PEOPLE after nothing but headaches and hope no one with any relatively nice vehicle goes here ever.