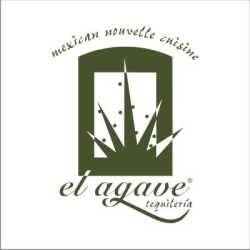 The best place in San Diego to enjoy authentic Mexican Cuisine is El Agave Restaurant and Tequileria, located within our Tequila Museum where you can try over 2000 different tequilas. It is the perfect setting to experience the true flavor of Mexico. If you are looking for a great place for a business lunch, romantic dinner or just to enjoy a fine Tequila with friends or someone special, we are ready to serve you. Do not just go out to an ordinary restaurant, join us for a unique experience.

What is the phone number for El Agave Restaurant & Tequileria?

What is the internet address for El Agave Restaurant & Tequileria?

The website (URL) for El Agave Restaurant & Tequileria is: http://www.elagave.com

El Agave Restaurant & Tequileria has a 4.5 Star Rating from 829 reviewers.

Thurs Sep16. Watch out for this restaurant, they try to add on ticky tac charges! I ate at the bar. When the bill came there was a $3.50 charge for my tap water as "club soda"! When I questioned the bartender about it, at first he said it was legitimate and I had to pay it. Then rather than saying it was a mistake he said "they" told him he had to put it on there! Only after asking for the manager did he remove it with an attitude. Bizarre. I know this was an intentional act now. Dear El Agave: I hope the $3.50 attempt to cheat me and intentionally charge me for something I didn't have was worth losing my business indefinitely? I will also tell all of my friends and business associates this story and to be on the lookout for shady business practices like this. And to never dine there. I know they are hoping someone is either too buzzed to notice or doesn't want to create an issue. Well they picked the wrong guy. My decent meal turned pretty sour due to this and in fact ruined it. Goodbye El Agave.