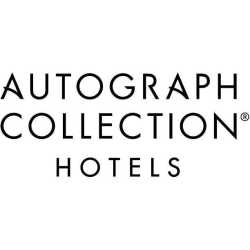 What is the phone number for Hotel Republic San Diego, Autograph Collection?

What is the internet address for Hotel Republic San Diego, Autograph Collection?

If I could give a 0 I would. I am a Titanium Elite member, yet the way they failed/refused to address my concerns makes me wonder how they would treat non-elite members.
I stayed at this hotel recently for 5 nights. Late at night, we heard very loud noises, shouting and all, in the hallway and in what we thought might be the room next to us. (The morning after another guest from the floor above mentioned they heard the loud noises too). Trying to go to sleep, I finally called the front desk to ask the unruly guests to keep it down. I waited maybe 15 mins before I called again because nothing seemed to have been addressed.
I eventually fell asleep since it was late and I was really tired, and I had to wake up early. About an hour later at 12:30 AM, someone banged on our door and shouted "Security!" a few times, startling and waking me up. As I was trying to gain the strength to get up from my deep sleep, the door banging stopped. Then the phone rang. I picked it up and it was already hung up. Very disturbed of all the midnight sleep disruptions, done by hotel staff, I dialed the front desk to ask what was going on. No one answered.
The next morning I spoke to a manager, Josh, describing how I was not pleased that HOTEL STAFF caused late night disruptions, forget about the fact they never addressed the unruly guests promptly. I wanted to know why on earth would a hotel wake up its paying, ELITE guests in the middle of the night. He said he would get to the bottom of the issue. To me it seemed like poor communication between the front desk and security, perhaps they were confused who made the complaints and who misbehaved.
Later that day I received an email from Josh that was nothing but a sweep under the rug. It was the generic "we apologize for not handling well the complaints about the unruly guests" but ZERO mention about the security guard banging on my door or the phone ringing at 12:30 AM.
I asked him to address those two issues, which in my opinion is MUCH WORSE than the unruly guests. Disruptions caused by hotel staff, to me, is way more unacceptable than disruptions caused by other guests.
Josh never responded to me. This hotel staff is utterly incompetent, they refuse to take responsibility of their screw ups.
If I had gotten even just an apology and an admission that they screwed up, if they would only own up to their mistakes, I would have accepted it. But the fact they completely ignore the issues, and ignore my multiple inquiries, was just entirely unacceptable. This is Marriott. Not a 1-star motel on the side of a highway. If this is how they treat a Titanium Elite member, I feel bad for guests that have no status.
I will never stay at this hotel and I would not recommend this hotel to anyone. There are plenty other options in the area, especially nowadays. Go stay somewhere else.

The front desk person was very curt, almost rude. We asked for a cot to be brought up for me but it never was. The room was ok. The bathroom door did not shut all the way. I ended up sleeping on the window seat. The windows were absolutely filthy. There are definitely better hotels in SD.

Bad service at checkout. The guy keeps ignoring our inquiries while working on other cases for 20 min. We were almost missing a flight while waiting for him. He did not even look up at the end. This is the worst experience I have had with Marriott.

If you are looking for a good nights rest, sleep is what you will NOT find here.
Outside Noise - coming from State Street and a major intersection.
From the buses accelerating and honking, construction, planes take off from the near by airport, automobile accelerations and more honking, homeless yelling, everything can be clearly heard from the paper thin windows in the closed position.
I tried asking for a room change and because of Covid I was denied.
Bathrooms
Small and basic, one you would expect from budget motels, the shower head was covered in discolored build up and the plastic curtain (again one would expect from a budget motel) was covered in black stains.
The saving grace was the amazing customer service from check-in to the cafe attendant in the morning.
Lots of other higher quality hotels in the area with a fairly new hotel just one block north.
I really wanted to like Hotel Republic. But the all night noises and dingy restrooms are difficult to overcome.

Probably would give it two stars if either the first room didn't have blood stains all over the carpet or there weren't cockroaches all over their restaurant. The waiter said it happens being outside. Yet the chairs on my porch don't have cockroaches all over them. They also told us they can't offer adjacent rooms even though we booked, paid for, and requested it for 3 rooms well in advance. I'd imagine some people have better experiences but I can assure this is no higher than a 2 star hotel at best.