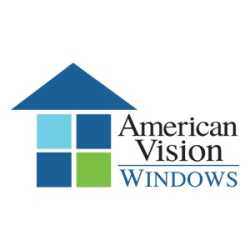 After a series of bad customer service experiences with their window and door replacement, Bill and Kathleen of American Vision Windows felt that they could improve window replacement companies – and they have been revolutionizing the home improvement industry one customer at a time since 1999. American Vision Windows is now one of the best window replacement companies in San Diego. They provide new windows throughout California and in Arizona. There are plenty of energy-efficient windows and door options, from vinyl windows to sliding patio doors and more! In San Diego, windows can insulate your home and protect you from varying weather and the ocean. Come take a look for yourself at our door and window showroom in San Diego!

What is the phone number for American Vision Windows?

Where is American Vision Windows located?

What is the internet address for American Vision Windows?

The website (URL) for American Vision Windows is: https://www.americanvisionwindows.com/locations/san-diego/

Is there a key contact at American Vision Windows?

How is American Vision Windows rated?

American Vision Windows has a 4.7 Star Rating from 87 reviewers.

In February I spoke with Project Manager Bettye Farar regarding purchasing windows for my condo. I provided Bettye the Homeowner Associations requirements and advised her the HOA only has 1 approved Anlin window. Bettye told me she carried this window; however, American Vision Windows sells it under a different name, and she would get the windows approved with the HOA. At the end of February, we signed a contract which was contingent on the HOA approval. I gave her a $1,000 deposit, a week later they came out and measured, and I gave an additional $4,000 deposit. There was a lot of going back and forth between Bettye and the HOA. Bettye was not able to provide documentation to show the two windows were the exact same. At one point Bettye suggested she just change the name on the HOA application. My reply was that is unethical, and I did not want any problems after the windows were installed. A month later, the windows were still not approved, and Bettye was not returning my calls. After leaving 4 messages with the manger, Alex, I was finally able to speak with him. I expressed my concerns with Bettye’s abilities. He stated he would take over my project; this was the one and only time I was able to get a hold of him. After leaving multiple messages for Bettye and Alex with no return calls, I then tried reaching out to the corporate office and even left messages with the owners, Bill and Kathleen, with no return phone calls from anyone. It turns out the window Bettye sold me are not the exact window my HOA requires. For the past two weeks I have been trying to cancel my order and get reimbursed for the $5,000 deposit. Last week I spoke to Flor, she stated she would issue a refund to my credit card, 5 days later, my credit card company has not received anything from them. Now I am disputing the charges with my credit card company. Service: Custom windows

Bettye was a wonderful planning resource. AJ was professional, considerate and went above and beyond to accommodate client needs during installation. Thoroughly impressed

Mike and his team are super professional. Very happy with the Windows quality. Immediate noise removal and picture view. Call for 2nd order on the same day after the first installation