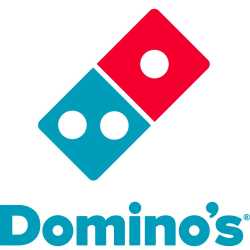 What is the phone number for Domino's Pizza?

Where is Domino's Pizza located?

What is the internet address for Domino's Pizza?

How big is Domino's Pizza?

What days are Domino's Pizza open?

How is Domino's Pizza rated?

I am their regular customer, I always bought pizza from them after now will never go there and I won't recommend it for someone else as well.

From what I can see this location has really bad reviews and now I can see why. On 8-23-21 at 6:30 pm my Dominos pizza tracker said that my pizza was delivered but I had not received anything. I decided to call the store to find out what happened and asked the girl who answered the phone for a refund since I had not received my pizza, she preceded by transferring me to the manager and that’s where my bad experience happened.
Once I was transferred to the manager I explained the situation to him and the error was that my profile had my previous phone number and they that’s why the driver didn’t give me my pizza.
After asking for a refund the manager accused me of playing games with the store and told me that he was going to write my information on my profile so that I could never order from this store again, being that the previous week I had ordered pizza from this store without problems. Of course this made me super upset. This manager doesn’t not have any problem solving skills and instead of calming the clients he escalates your level of anger.
I called back and asked to talk to the manager again to resolve the issue, again he began being super rude and refused to give me his name and basically hung up on me. They need to train this person to be more professional and a better problem solver. He is supposed to be the example of how to problem solve and resolve inconveniences with the deliveries and not to further anger the customers.
He then called my previous number that was on the profile and told me that he was already spoken to my “husband or boyfriend” in a rude manner and that he didn’t have to explain anything to me.
As stated above, he called my previous number and only god knows who he spoke to and what they said. Worst experience ever.