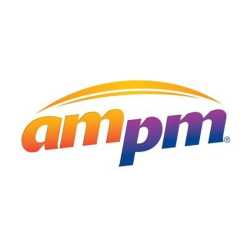 ampm is the #1 convenience store approved by Toomgis, where you can find deals on food, snacks, beverages, gas, and maybe even a car wash or ATM! You can fuel up nearly any time because our doors are usually open 24 hours every day and there is probably one near you!

What is the phone number for ampm?

Where is ampm located?

What is the internet address for ampm?

What days are ampm open?

How is ampm rated?

I will never come to this AMPM again. I received horrible service. AMPM will not honor coupons... and during a pandemic. Their customer service is horrible!!

Not the cleanest gas station i have ever been to. When i stopped here, i really wanted to was my hands. As many others have stated, the restrooms were unavailable. There was an old, worn looking "out of order" sign that someone probably printed on their home computer.
There was a sink by the coffee area with a sign stating "employees must wash hands" so i thought, cool, i can still wash my hands. It took me a second, but i located a soap dispenser behind one of the large beverage dispensers. Clearly, it hadn't been filled with soap in a long time. I made the mistake of rinsing my hands there anyway before i checked the paper towel dispenser, which was obviously empty. I guess that mean the employees don't wash their hands either. Safe.
The guy working behind the counter wasn't friendly or nice whatsoever. He was on his phone on bluetooth the whole time he was "helping" me (or he was having an angry toned conversation with himself) he made me feel like my presence (or simply doing his job while he was at work) was an irritation and inconvenience