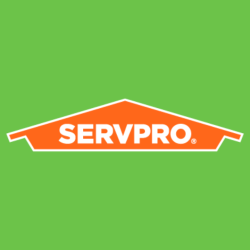 SERVPRO understands the anxiety that comes when a water or fire damage event hits your home or business. Our professionally trained staff is accustomed to handling these emergencies, and we strive to minimize the disruption for you so you can get back to normal life, soon. We’re a trusted leader in fire and water cleanup, restoration services, pathogen and biohazard cleaning, and more. Founded in 1967, the SERVPRO franchise system has a network of more than 1,800 individually owned and operated franchises responding to property damage emergencies ranging from small individual disasters to multi-million dollar large-loss events. Let us take the worry for you, and make it “Like it never even happened.”

What is the phone number for SERVPRO of East Poway/Ramona?

Where is SERVPRO of East Poway/Ramona located?

What is the internet address for SERVPRO of East Poway/Ramona?

The website (URL) for SERVPRO of East Poway/Ramona is: https://www.servproeastpowayramona.com?utm_medium=yext&utm_source=extnet&y_source=1_MTYxOTQ0NzctNTQ1LWxvY2F0aW9uLndlYnNpdGU%3D

What days are SERVPRO of East Poway/Ramona open?

How is SERVPRO of East Poway/Ramona rated?

SERVPRO of East Poway/Ramona has a 4.3 Star Rating from 12 reviewers.

After a house fire, the repair of our home began with ServPro doing the clean up/pack up of our personal belongings. Jim/Julie and crew were more than professional, thorough and responsive throughout the entire process. They showed genuine concern for us, knowing how devastating it was to lose property and cherished personal items. They went above and beyond their responsibilities, they even restored a sentimental piece of furniture that would have otherwise been discarded. I cannot thank them enough for their invaluable assistance–I truly consider them a life saver and bright spot in what was the most difficult of circumstances. Service: Fire damage cleanup & repair

If-- Heaven Forbid -- disaster strikes in the form of a flood, the ONLY crew you want on the job is SERVPRO of East Poway/Ramona! James Harte is an expert in his field, & extremely meticulous. Due to my asthma & other health issues, I was not allowed on the job (I had to move out for the extensive remediation) unless I wore a full hazmat suit & respirator....Turns out I didn't need one, as James was great at documenting his work with pictures, videos and text messages. I knew he was the person to save my home when I met him, he has such passion to examine your home in a "CSI"-esque way that (almost) recreates what transpired form the flood! It was fascinating to observe...
My condo has 4 levels so regrettably the water that flooded my upstairs hallway affected both bedrooms, the small bathroom, ALL the stairs, the dining room (which was underneath the w/d>, the living room, & the garage. Several other Mold Remediators had come out with drying equipment, one company wanted to keep their $$$$ equipment there endlessly to rake in obscene amounts of money from my insurance company. Another one promised me that his two dehumidifiers would 'completely suck out ALL the moisture -- from everywhere!"...One stopped working an hour later, & the 2nd one leaked in my flooded hallway & I had to unplug it!
I had a horrible first insurance agent on the case initially, who ordered the $$$$ drying equipment out from the third company, & essentially threw up every obstacle imaginable to prevent me from getting my home properly fixed. Regrettably I was woefully underinsured in my ALE (make sure you have enough to live for 6-12 months to pay for *two* household expenses in the event of a flood or fire!), so my anxiety level was soaring as my place was literally sitting empty (with certain areas still wet, & with live mold spores growing :/ for 3 weeks after I moved out! Because of the impossible situation with the first insurance agent, I started contacting Public Adjusters for help (I had never heard of them, they help maximize your insurance policy for a fee). Luckily the one I had the best feeling about brought James to my home; he was in the middle of fixing fire damage to a property, but luckily he had time to accept my job later that week! I had warned him that my insurance agent was extremely difficult he said "he wasn't going to let some paper pusher tell him what to do". Fortuitously, my efforts to garner a better insurance agent via the VP of the company proved successful, & the day that James agreed to take the job, I was assigned to a stellar, seasoned agent! They made a great team, & she was as impressed with James & his crew as I was!
SERVPRO of East Poway / Ramona saved my home from a huge mess of water damage & mold...They gave me hope! Several walls were taken to the studs; James detected moisture in places that the other vendors literally didn't even inspect . Benito won "Technician of the Year"; the whole crew was great! On my walkthru with James when their work was complete, my home had never smelled cleaner nor fresher in my life! I saw something I didn't recognize on the wood where one of the walls was removed; I asked nervously "Was that part missed?!" James calmly responded that 'that was lumber sap"! That is how *healthy* my home was, thanks to him & his crew!
My only regret is that they are not full service; I naively thought the repairs & build back would go as seamlessly as Servpro's work . I learned the hard way how unscrupulous (most) Restoration companies are; just know if you have to use one that you will *not* get the attention to detail, precision, ethics, customer service, Supervision that James & his crew devote to every job they take on! If you are lucky that James is available to accept your job, you can rest assured you made the best decision possible to save your home. Julie is extremely sweet & responsive to emails as well! Services: Mould removal, Flooring, Water damage cleanup

Nice people, but the pricing was absolutely outrageous. I ended up using a certified and licensed treatment company and the total bill was less than 3% of what Servpro quoted me and actually less than their $150 fee which they charge just to come check out the situation (and they demanded immediate payment while they were still there and insisted I have to pay right now while they are present. very awkward situation which I have never encountered before) Service: Mould inspection

Let's face it, if you are needing the services provided by SERVPRO of East Poway / Ramona you are already having a terrible if not catastrophic day. If you have to make the call you need a company that is on the way, able to help, can explain the process, will work with your insurance company all while helping you sort out a very bad event. SERVPRO of East Poway and Ramona is the company you want to call. I had a fire sprinkler line break in the attic and while I was home to address the water right away there was water everywhere before I could get the water turned off.
I called James Harte at SERVPRO East Poway / Ramona and things began getting better. He arrived within a short time frame, assessed the situation mobilized a team of people to help get the equipment and resources he needed to manage the incident. James and his team were on time every day. They stayed in contact, kept me up to speed on the process, the science of their process, and made sure that I was completely informed about what was happening.
James assigned Benito to manage the incident. Benito ensured the water was drying appropriately, he checked tirelessly to ensure everything was dry. He did not remove equipment or stop inspecting until he was certain everything was completely dry. Benito ended up having to remove the ceiling in a room, and a couple of small segments of drywall. His work was quick, efficient, and very clean. Everything they did to remedy the water issue at the house was top notch. They did everything that needed to be done. When Benito was removing his equipment he cleaned the floors, the wash room, the tub, everything was spotless.
The only words I can use to describe the experience with SERVPRO East Poway / Ramona would be Professional Excellence. I would 100% recommend this organization to assist you with your emergency needs. I pray you never need them; however, if you do SERPRO East Poway / Ramona will be there and they will take great care of you. Services: Mould removal, Water damage cleanup, Mould inspection

They showed up when they were supposed to and was very responsive with me on what I should do, very great!