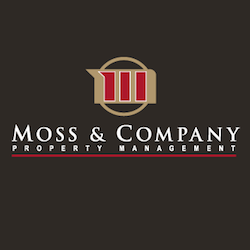 New Season, New Spring Specials! Up to $2595 rental credit, on select units. Introducing Thistle, the newest design centric mid-rise apartment community in Pasadena, CA. Walk into your brightly lit apartment home with every detail thought out to give you convenience and ease. Optimize your experience with amenities such as in-unit washer and dryer, stainless steel appliances and more. At Thistle, you will live comfortably, knowing you are in a gated community that includes; outdoor socializing spaces, exercise facilities, package room, parking accommodations, pet-friendly facilities, and a highly walkable location near Urth Cafe, Intelligentsia Coffee and the Metro that will take you virtually anywhere in Los Angeles!

What is the phone number for THISTLE Apartments?

Where is THISTLE Apartments located?

What is the internet address for THISTLE Apartments?

What days are THISTLE Apartments open?

How is THISTLE Apartments rated?

THISTLE Apartments has a 4.0 Star Rating from 13 reviewers.

I moved into this apartment complex in June 2020, and stayed here for a year.
To summarize everything before getting into a detailed breakdown:
This place isn't worth it. The company running this facility will try to nickle and dime you for everything imaginable from paying for trash service you don't use to water through some magical estimate. The management will try their best to rip you off of your deposit and has 0 communication skills. The building itself is basically a run down shack with a new coat of paint and appliances installed, but you can't hide the structural issues like water pipes leaking all over the garage, and walls creaking and cracking constantly like the place is about to collapse.
Long summary:
When I initially moved in, my AC was broken. The management did not check if my unit had working AC and fix the issue before I signed. I moved in the middle of June and the apartment became a furnace. It took over a month and multiple visits from an AC company to fix the problem. In the end, a completely new unit was installed and a giant hole formed on my ceiling from water damage of the previous unit. I was charged rent while I couldn't live in the apartment being 100+ degrees and for repainting on moving out.
Heavy noise and crazy homeless in immediate surrounding.The apartment is located next to a 24/7 gas station which attracts seedy individuals at odd hours of the night. There were several times I'd wake up at 3-4 AM to someone’s LOUD, REPEATED screams from the street. The other side of the apartment is an abandoned lot where homeless will camp and squat as well.
The walls are so thin I can hear neighbors walking, flushing the toilet, turning on showers, and listening to music or TV. The soundproofing is bad. I am a light sleeper so I would get only 2-3 hours sleep on a regular basis.
Poor communication. Numerous times I have sent an email to the office which would go unanswered for over a week. I would stop by the front office during work hours and nobody would be in.
I tried to reach out to the management several times about 3-4 months prior to my lease expiring to go over renewal terms and determine if I would be staying or moving out. The management denied my requests until exactly 30 days prior to the lease ending, this gave me little time to decide. In the end, my move was very rushed and stressed.
Because I heard the terms 30 days before lease termination, I still needed about a week to decide on if I wanted to stay or move. I finally made my decision to leave 16 days before lease termination and then I was told I had to pay an additional 2 weeks of rent because I did not give a 30 day notice to move out.
I was annoyed by this because nobody had mentioned this prior, I would have had to respond the same day I got the lease terms to avoid charges, and all my prior attempts to discuss the lease renewal terms had been denied.
Sus deposit charges. I did a walk through on move-out and the management said there was no cleaning issues. I had cleaned very thoroughly and the place was spotless, but I still got charged $300 for “cleaning” with no explanation. If stuff needed to be cleaned, why wasn’t it mentioned on the walk through?
When I first moved in, I was told that I could make modifications to the apartment like painting walls. Due to this statement, I changed my kitchen where I painted the shelves to match the white paint and added some new shelves and pegs because I love to cook a lot.
On moving out, the management did a 180 and told me that the shelves had to be removed and the area’s paint restored back to the original.
I probably spent close to 300 to make the shelves and given enough time and a clear estimate on the cost I'd have to pay if it wasn't fixed, I could have fixed it myself or hired someone but the management was not transparent nor did they make a serious effort to try to keep me in the loop. I constantly tried to get in touch but all I got was radio silence. I was given a 1 line bill for $1200 with no breakdown of cost, like materials or labor.