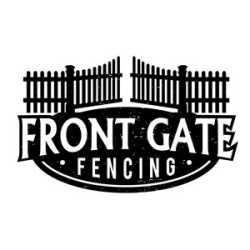 Front Gate Fencing is a Fencing Company in Nipomo, CA. We provide a variety of services including Fencing, Gates, and more.

What is the phone number for Front Gate Fencing?

Where is Front Gate Fencing located?

What is the internet address for Front Gate Fencing?

The website (URL) for Front Gate Fencing is: https://www.nipomofencing.com

How big is Front Gate Fencing?

How is Front Gate Fencing rated?

Front Gate Fencing has a 4.6 Star Rating from 32 reviewers.

Chris and his team removed an old eyesore of a fence, hauled away the debris and built a wood and galvanized fence for us. The fence looks great, the wood they used is beautiful- appreciate the hard work!

Front Gate Fencing exceeded my expectations. I am very happy with the finished product. Their attention to detail is obvious.

Chris was wonderful to work with! He fabricated two beautiful custom gates for us and installed a solar gate opener. He was flexible and made great suggestions to ensure we got exactly what we wanted.

Chris and his crew put up a 240' decorative iron fence for us. The quality and workmanship of the fence rates a 5 star review. Why the 3 star rating? Chris promised a start date on the 12th. On the 11th ihe postponed a week. with a promise to start on the 19th and finish in three days. We were ok with the week postponement. Chris started on the 19th. Then his professionalism and communication deteriorated. He came for a half day. Then had a family emergency and didn't come. Then promised he would come back the next day. Didn't show up, didn't call, and didn't respond to texts and phone calls as to where he was. This happened two more times where he would show up for half day and then disappear for a day, or two, without a word and no responses to our texts and calls. He never explained why he didn't show up nor apologize for the delay. He finally finished the job on 30th. So a three day job started on the 19th was finally completed on the 30th, 12 days later. Very frustrating and very unprofessional. Service: Iron fence