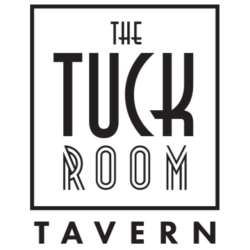 Tuck into a craveable experience. Enjoy a one-of-a-kind atmosphere, with skillfully crafted cocktails and exceptional contemporary plates. We provide a rare synergy of culinary art and thoughtful hospitality, in a vibrant social setting fit for celebration. We will deliver the quality service and dishes you expect, while keeping the health and wellness of our guests and team members at the forefront.

What is the phone number for The Tuck Room Tavern?

Where is The Tuck Room Tavern located?

What is the internet address for The Tuck Room Tavern?

The website (URL) for The Tuck Room Tavern is: https://www.thetuckroom.com/?siteId=10?utm_source=ExtNet&utm_medium=Yext

How big is The Tuck Room Tavern?

What days are The Tuck Room Tavern open?

How is The Tuck Room Tavern rated?

The Tuck Room Tavern has a 4.3 Star Rating from 233 reviewers.

A fantastic place to visit with the kids on a rainy day. Well-supervised, clean and reasonably priced, the playroom has a number of different play areas including a giant ball pit with a pirate ship, a soft play area for toddlers, and rooms with dollhouses, train sets, building blocks, books, etc. Our children had a ball and were very reluctant to leave.

My husband and I found this captivating place by accident. We never knew that their affordable menu would be this excellent and taste really wonderful. This was our first time to eat at this restaurant, and we will be going to come again and again for sure. It was delicious food indeed! Recommended!

I've never seen a restaurant so surprised that it's a restaurant. It's like a few random people woke up wearing uniforms in what they thought was an escape room, and were told a few hours prior to my visit that it was in fact a restaurant, and they work there. The place is attached to a dine-in theater, which might have been part of the issue; we were only there to eat. Confusing, I guess. Service wasn't BAD, really, just weirdly unpredictable. Yet were were the only ones in the restaurant.
I got the spicy tuna lettuce cups, which were delicious, but it was sized more like an appetizer than a main dish, and was badly overpriced. Someone else got a pizza, which was ... a pizza. Not hand-tossed, not wood-fired, just something you'd get from room service. Someone else got the "deconstructed" chicken and waffles (that word doesn't mean what they think it does). Waffles had a weird burned taste, and the chicken drumettes were bland and really shouldn't have been drumettes in the first place, since they actually have decent fried chicken on their menu.

I really wanted to try and like this place, but I couldn't even get in! The opening time is shown as 3pm, but when I got there today around 3:30pm, the doors were LOCKED.

This is a very nice lounge/bar/restuarant which caters to any type of event. Dinner before movies or just a drink at the bar. After business retreat for the office staff and clients also lends itself as great place The staff is professional and good looking Ha lol. The bartenders can mix anything your heart can conjure up. The ambience is very laid back with dress casual shiek no shorts and flip flops. On the weekends reservations probably are in order.