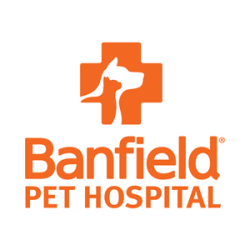 Keeping pets and people safe is our top priority. COVID-19 may affect hospital hours, scheduling and services at some locations. Please know we are doing our best to minimize any inconvenience and thank you for bearing with us — please call ahead so we can ensure your pet’s needs can be met and advise you on next steps. If you’re a Banfield Optimum Wellness Plan client, you can connect with a veterinarian 24/7 via Vet Chat through the Banfield app for general pet care advice and triage support.

What is the phone number for Banfield Pet Hospital?

Where is Banfield Pet Hospital located?

What is the internet address for Banfield Pet Hospital?

The website (URL) for Banfield Pet Hospital is: http://www.banfield.com/veterinarians/ca/escondido/ecd?utm_source=yext&utm_medium=yext&utm_campaign=yext&cid=yext_local

How big is Banfield Pet Hospital?

How is Banfield Pet Hospital rated?

Banfield Pet Hospital has a 4.4 Star Rating from 121 reviewers.

I specifically asked at drop off that they please be careful not to cut my dog's nails too short, her nails are all black and would be sedated already for her dental cleaning.
When I picked her up, the majority (!) of her nails had been cut way past the quick and needed powder to stop bleeding. I understand this totally happens..but after one or two, I had hoped the person would have the presence of mind to stop cutting so short.
The manager kindly called me after the next day check in and we had a calm conversation, but I was disappointed she took no accountability and suggested I request a dremel next time. As if the fact all of my dog's nails had been bleeding was because of her dog personality? While she was sedated? My dog is ok, but that's not the point. I specifically asked to be careful, and got the exact opposite.

Have a hard time making appointments, I’m always put on hold and then forgotten about or hung up on. What good is the wellness plan if I can’t get service, Escondido Banfield is not a service friendly hospital for your pet.